You know that Pink Panther joke, right? “What does Pink Panther say when he steps on an ant?” (Answer: please refer to post title.)

I don’t remember ants being a problem in our houses when I was growing up. I don’t know whether that’s because we never had them or because it wasn’t my problem to deal with them.  A few years ago, I had a super fun play group at my house and decorated with ants. ‘Cause I thought they were cute. And then… they showed up for real. Not so cute anymore.

Last year, my first Spring season in this house, they showed up again. Because I was solo parenting at the time and could not commit the brainpower (I felt) to solving the problem, I called an exterminator. They came out quarterly to treat the oustide of the house and the inside only if there was a problem. I think I called them 3 times to do inside treatments for ants. And every time they approached my front door, I wanted to clap and cry at once. Clap because they would solve the problem, and cry because who knows what’s in that can? I know there are people that know, but does anyone reeeeally know what the side effects are? My kids are crawling around and playing and calling “5 second rule” on these floors all day long. Pesticides are scary stuff. I’ve been reading more about chemical evils, and thinking about how to cut them out wherever possible. If you’re interested in what I’m reading, it’s articles like this.

This week, they’ve come back. All of the rain has pushed them out of their normal hiding place, I guess. Normally I’d not highlight the trim around this door next to the dog’s water bowl that might never get painted, but it is what it is. 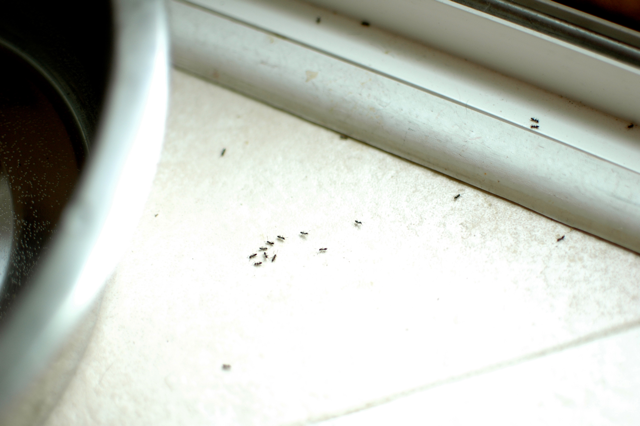 So I remembered a friend, years ago, saying something about Borax for ants. I googled “ant killer recipe” and found this one.

Is Borax safe? I googled that too. This post was helpful. But really, how much worse can it be than that scary can of whatever-it-is that’s in there?

The other day I went out and got the Borax. It’s found in the laundry section of the grocery store. And yesterday morning there was an all-ant Woodstock-sized crazy celebration happening in my kitchen next to the sliding glass door. It was time. 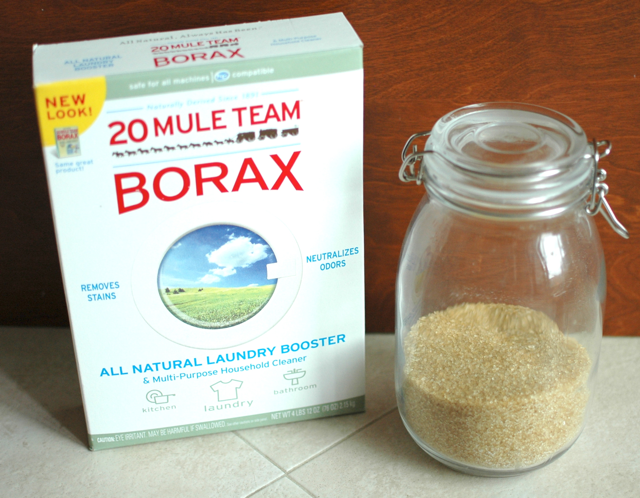 Boil that for 3 minutes. Let it cool and then put in bottle caps or other small, shallow containers. The ants, I read, will come and drink it up and take it back to the colony and they all die. I’m giving them suicide Koolaid.

I felt soooo evil mixing this up and stirring my saucepan of poison. But… when I’d look back at the ant festival, my resolve strengthened. 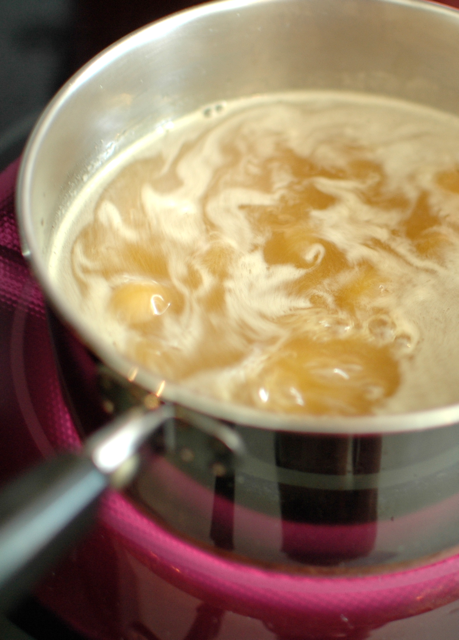 After it cooled it was a sticky syrup. Brown, in my case, because turbinado sugar was what was available. A little fancy for ants, but it’s what I had. 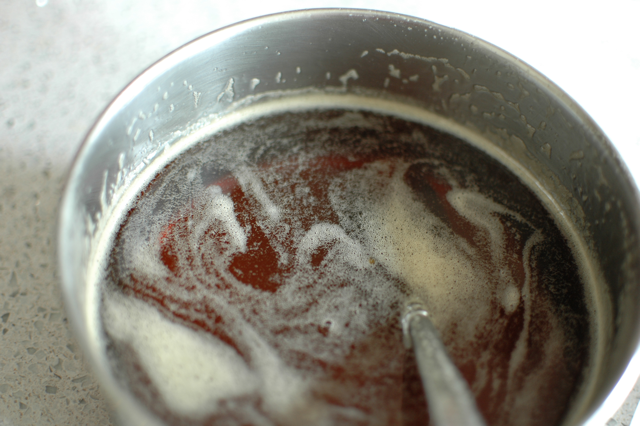 I set out the dishes. And one ant appeared. 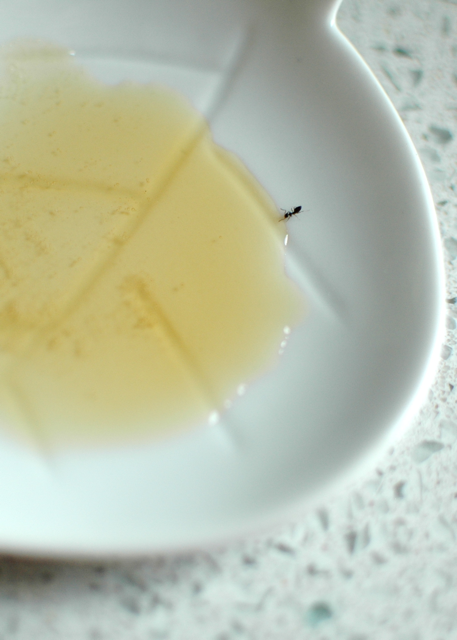 Later, I snapped this photo for my friend Sylvie who wanted a real-time status update. I’m keeping it small, ’cause it’s a little too eeeek-worthy for my taste, but you can click on it to enlarge it. They’re all lined up to drink. 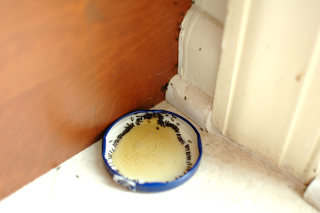 This morning, they’re all gone. GONE. And even better than the hard core chemical stuff– they didn’t die all over my kitchen. They took themselves away. Sad, but I’ll take it. Just two little guys stuck in the syrup this morning. And one lone straggler I found when I moved the dish. This syrup looks like it’s mostly dry. I read that you have to refill it because it dries out. I have a whole spaghetti sauce jar of the stuff, so I don’t think I’ll run out any time soon. 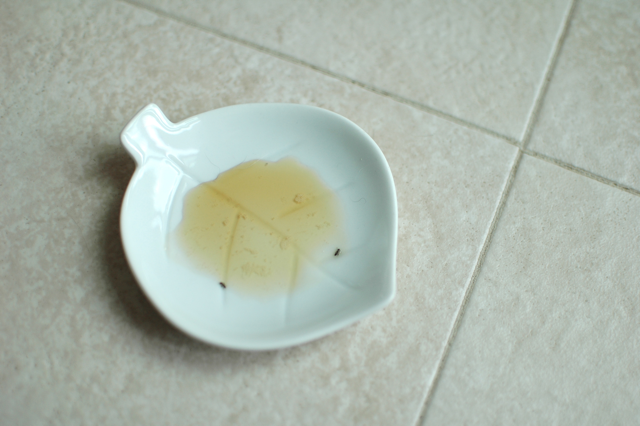 Now I have 99% of the rest of the box to find uses for. Maybe this? What else do you use Borax for? Have you ever even owned any? This is my first box ever.

And in other news:

As always, thanks for reading.