As I mentioned yesterday, my husband’s birthday is coming up. Because he loves Irish stuff, and St. Pat’s tends to be a holiday he and his friends get excited about, I thought it would be a good time to throw a surprise party. A guy night to drink beer and play video games. Adrianna’s husband happens to be one of those friends and helped gather the guys and handle the assembly and networking of three televisions and three XBoxes. I worked out the food and location prep.

Preparing for the party? Well, I did put some effort in. But it was totally relaaaaaxed effort. Because it’s a party for boys. Boys… who still think pizza delivered in a box is awesome. So I figured if it didn’t look like there would be enough to eat or I didn’t make things they particularly wanted to eat, no worries. I have the number for Pizza Hut. House a mess? No worries. Boys (most of them) don’t care. Decorations? Don’t care.  Theme? Pizza and beer is a theme, right? Seriously, so easy to please. As an example of what I am working with: their character names for the game they were playing included “La Fartiste” and “turdlicker.” Really, the most important part of my preparation for this party was the beverage supply.

But I had to do sooooomething for the St. Pat’s birthday theme. It must be a form of OCD. I. must. have. a. theme.

So I made signs. 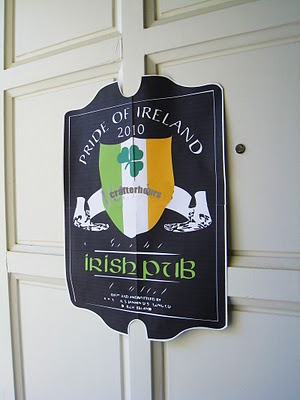 Made cupcakes. Manly ones. 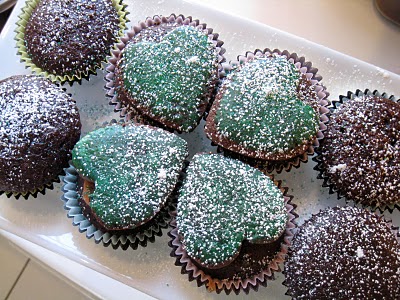 Made a pot of gold, which I later filled with bottles of beer with gold caps and labels. 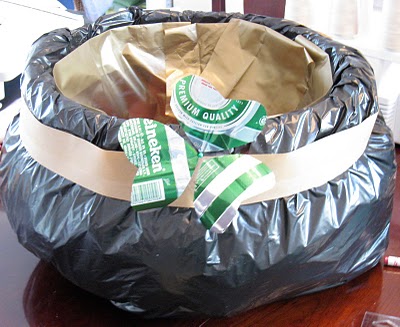 Made shamrocks from aluminum soda and beer can scraps. 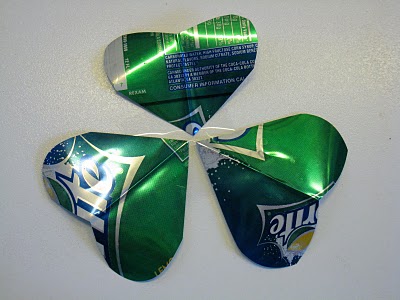 A bunch of them. 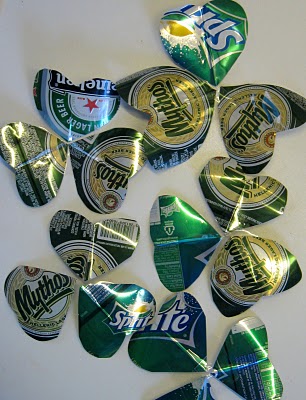 And added them to the non-flowering flowers. 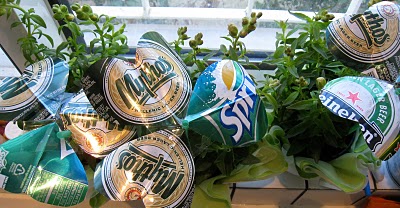 I made food. Black bean chicken nachos, barbecue chicken pizzas, pepperoni pizzas, chips and dip. Irish, right? But friend Michele brought corned beef and cabbage, so the Irish-ness was not completely lost in the food category. Gold candies and cookies in little black pots.
Although I wasn’t stressed about the day, I didn’t sit down, either. All of the normal stuff plus party prep was pretty exhausting. The best part was shirtless K “washing” the dishes, which gave me a few moments peace. 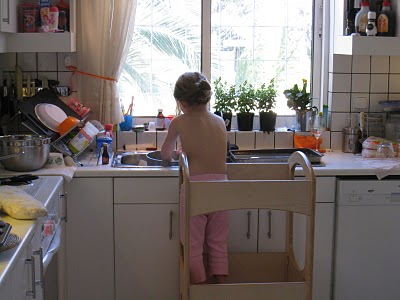 After the party started I talked to Adrianna on the phone. “Did they love it??” she asked? “No, they don’t care. They’re boys. But I’m standing here looking at one of the signs I made and I’m happy.” No, they really didn’t care. They loved the beer and the food and the video games, though.
Sleepy sigh. It’s getting close to midnight and I still hear muffled explosion, crashing and beeping sounds downstairs. He’s happy. He was totally surprised. Makes me happy. Tomorrow’s a big day. Off to bed.

« The Husband Finally Gets Something Crafty to Wear
Surprising Stacey »