Today, Susan is moving to America.  As you read this, she is flying over the Atlantic with her family and a few suitcases to start her new life.

It sounds dramatic, but it really is the end of an era.  When I first arrived here, 7 months pregnant, jet-lagged, lost, and home-sick, she adopted me and saved my life.  Maybe not my physical, breathing life, but definitely my social life, not to mention my sanity.  She immediately took me under her wing and showed me all the great things this place has to offer.  She made me take my GPS along when she drove me around so I could mark everything for future reference.  She forced her other friends to invite me to girl’s nights out. 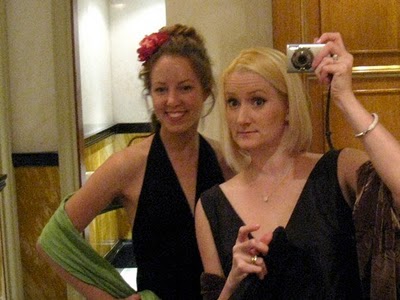 Then she must’ve mentioned something about sewing or craftiness, because I immediately went wild with suggestions for sewing circles, and may or may not have said something about a pillowcase dress sew-a-long.  That’s when she realized I was nuts.  She probably wondered who she had invited into her life.  Like, up until now the movie featured a sweet girl, new to the area, but the next few scenes will establish her as a bonafide psychopath. 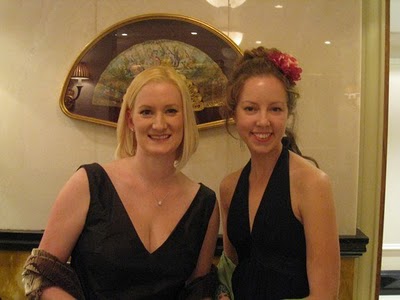 After this, it gets a little fuzzy, maybe because I gave birth and ran away back to America for a hormone-crazed few months.  But at some point, there was a shift, and Susan was on board.  In fact, she was steering the ship.  Suddenly, she was a sewer.  She was the first to build up a fabric stash, the first to buy a serger, the first to get a dress form, and the first to suggest we start a blog.  I was anti-blog for a long time, guys.  I hemmed and hawed and dragged my feet.  Then Susan booked our URL and posted this, and figured I would have to commit if she pushed me off the ledge.  She was right. 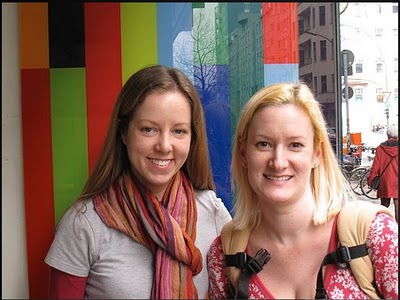 And now I can’t imagine NOT blogging with Susan.  Or heading over to her house at a moment’s notice to lay around on her couch, or eating her delicious snack foods, or having a crafternoon, or talking about all things serious and silly, many times in the same breath, or packing up all my new creations to show her, or going through all the stuff she’s been working on, or feeding off each others’ ideas until they become something bigger and better than they were when just 1 person was dreaming them up. 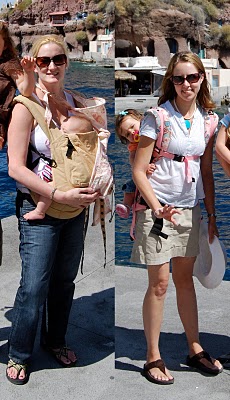 But there are some positive things about her living far far away in America.  Like……..

Ok, no, really, let me just embrace my inner Pollyanna for a moment.  Hm..

Ok, here’s one!  Like, she can send me all the cool clearance rack crafty supplies that you just can’t get online.

And, because of the time difference, she can call me the second she wakes up to discuss all the ideas she dreamed up in the middle of the night (she can’t do that now because she and her kids wake up approximately 3 hours before me & mine). 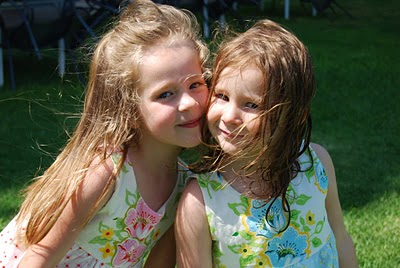 The future of Crafterhours, our 3 year olds

So, we are asking you, beautiful and talented readers, to bear with us.  Susan will be without crafty supplies for a few weeks (maybe months).  And you will be stuck with me and my very sporadic sewing.  Oh yeah, and it’ll just be sewing.  Because I can’t cut or glue or mod podge to save my life.  If it wasn’t for Susan, this blog would be called something really lame like “afterhours sewing”.  (also, there wouldn’t be a blog at all, as previously discussed).

Although I titled this post “The End”, if you’ll just give us a few weeks, we promise it’ll be The Beginning.  The beginning of a friendship and co-blogger-ship spanning 2 continents, 4000 miles, 7 time zones, and 1 ocean.   And hopefully the beginning of something really new and fun.

PS: Susan, if you’re reading this, I’m glad you made it there safely.  I’m sorry about the hurried and nonchalant goodbye, but I could feel the waterworks coming and had to hightail it outta there.  Oh, and though it may be awhile, next time we’re together, we’re taking some friggin pictures!  Do you know that I have ZERO good pictures of us together?  Did you see that picture I had to jury rig up?  Just sad.