I talked about Laura a few months ago. She’s only the world’s greatest babysitter. Given the amount of time my husband has spent traveling this past year, she’s really gotten to know me and my children. What a relief it is to be able to take a break from mommyhood and know that the person in charge has everything completely under control AND my kids are completely happy. Um, sorry, no. I won’t give you her number.

A month or two ago she mentioned that she had a fancy dancy thingy to go to in DC this past weekend. My automatic response, of course, was “Let’s make a dress!”. Well, Laura had never touched a sewing machine in her life, so it took her a while to think about it. But eventually she decided that it might be fun.

I asked her to send me a few links to dresses she liked online. She chose four, and of those I chose one I thought we might be able to approximate. Based on that we chose Simplicity 3823 and took a quick trip to G Street Fabrics. As far as the pattern goes, I wouldn’t say it was as simple as it could have been, but I really felt sorry for anyone who bought it and needed directions in Spanish, since those directions said “En Espagnol” at the top and then the exact same directions followed in English. 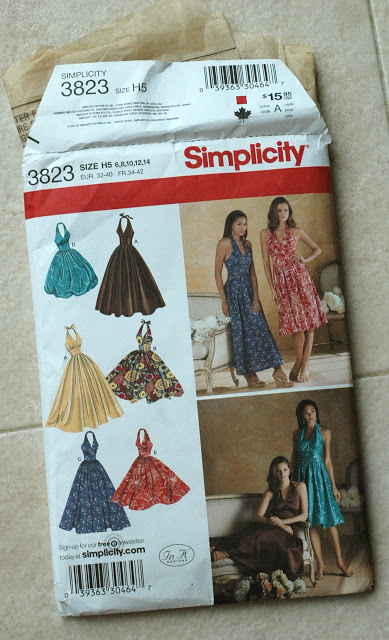 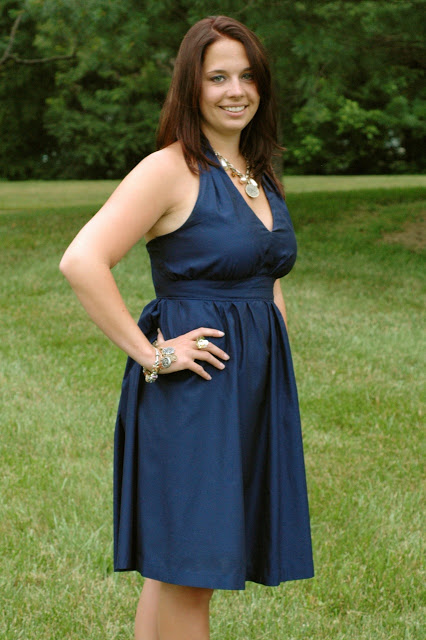 The fabric has different warp and weft colors– in one direction it’s royal blue and in the other it’s black, which gives it a lovely sheen and rich tone. The fabric has a great balance of drape and body that moves… 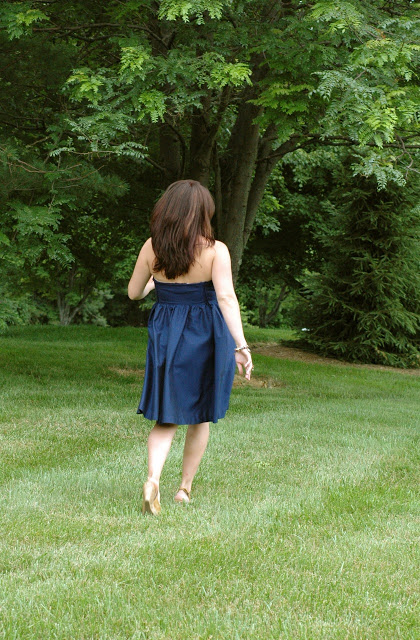 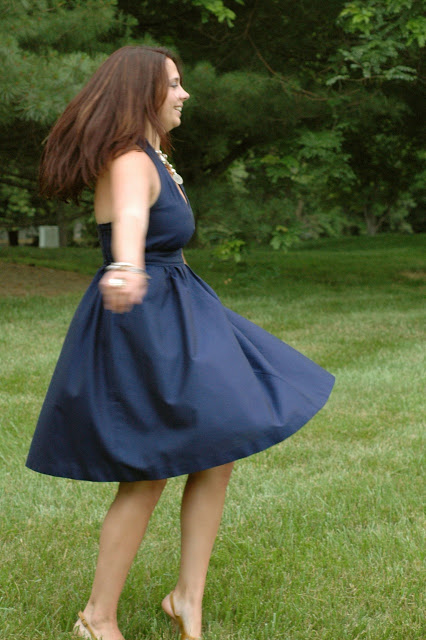 We shortened the length of the waistband all the way around. Nothing tricky about that. 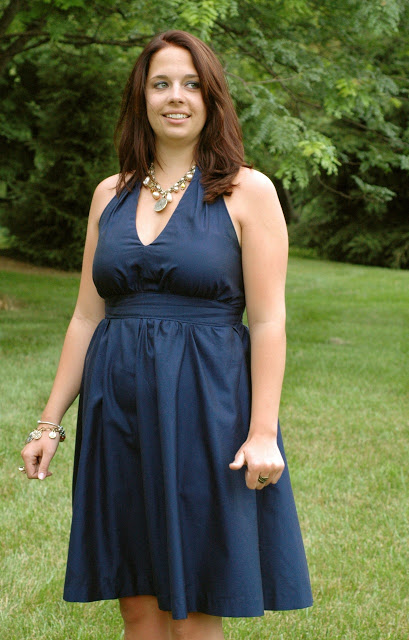 We decided to topstitch the waistband, and in a happy accident needed to take in the back and made sort of a box pleat on each side that we also topstitched. We ended up liking that better than it had been originally. A simple something to make the back a bit more interesting. Well, under Laura’s lovely hair there are also two really beautiful sparkly buttons hiding out. We forgot to photograph those in the rush to get her off to her party. 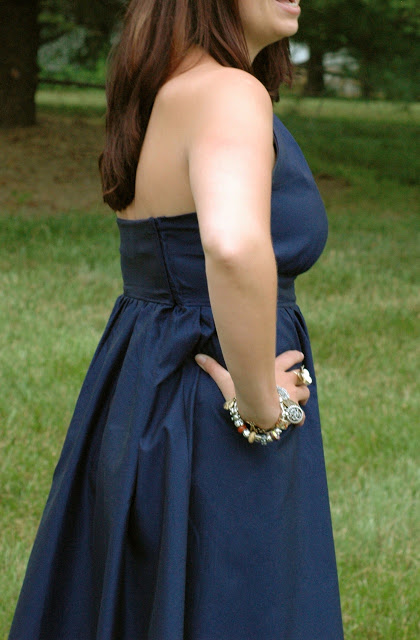 It’s no small miracle that we were able to keep K and M from climbing on her during this photo session. The biggest problem, I guess, is that helping your babysitter get dolled up to go out means she’s only going to be less available for babysitting? 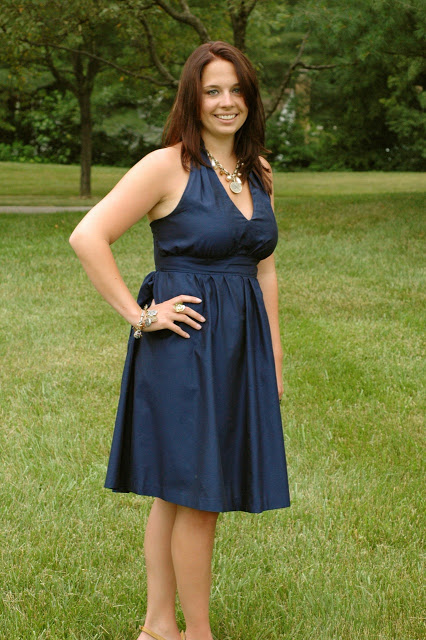