For some reason I feel the need to summarize all of the awesomeness of Skirt Week, even though that makes for one ridiculously long post. A little look back at the week(s) with some sappy melodramatic music playing the the background. Except without the music. There’s a whole lot of linking here so you can jump around and see it all.


Before we really got rolling we checked out the sponsors and the generous prizes they contributed for each of the 8 winners, like:

$25 from Twill Tape Guy at TwillTape.com

The tutorial of choice from Birdsongs and Bows 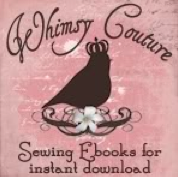 2 ebooks of choice from Whimsy Couture

The Sunny Day Dress & Skirt from the Jamie Christina.

$20 to spend at Hawthorne Threads

A pattern of choice from Fishsticks Designs 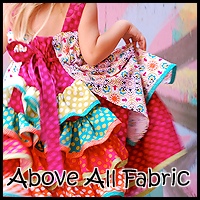 The four Reader’s Choice winners will receive $25 from Above All Fabric. 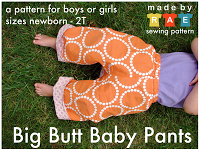 Each of the children’s category winners will also receive three patterns from Patterns By Figgy’s.
A while after the prizes were announced, Skirt Week began with an article and a handful of how-to’s, like: 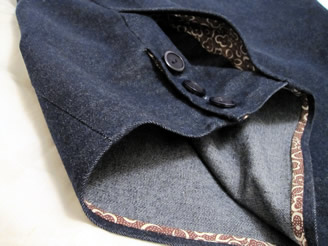 Florence of Flossie Teacakes with her thoughts on skirt detail. 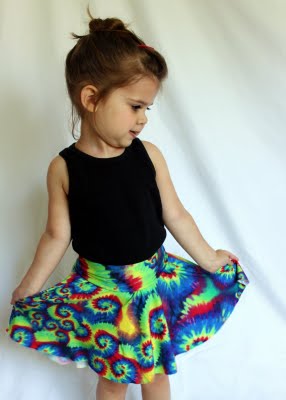 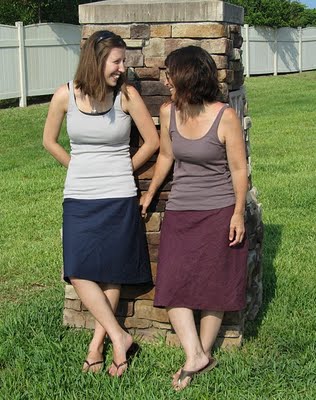 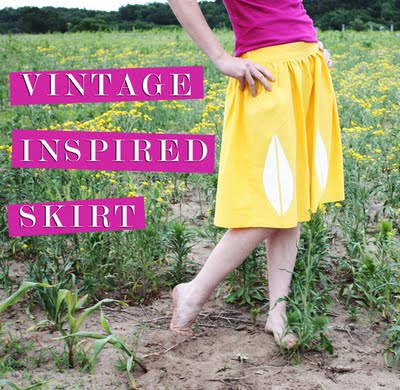 Anna, aka Noodlehead, with the how-to for a vintage inspired skirt 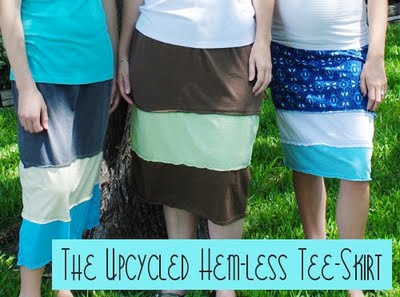 And Bonnie of Fishsticks Designs with the Upcycled Hemless Tee-Skirt
The 8 finalists for each of the 4 categories were chosen by our aaaaahmazing judges. Who are these aaaaaahmazing judges? Glad you asked. They include:

Sabra from Sew A Straight Line

Rae of made by rae

Jessica of Happy Together

Jess of Craftiness Is Not Optional
Once the voting began, readers were able to make their choices known! The four Reader’s Choice Award winners, one for each of the four categories, are: 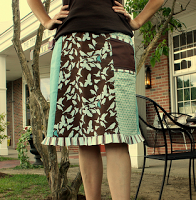 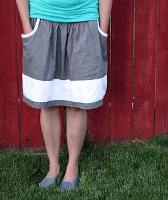 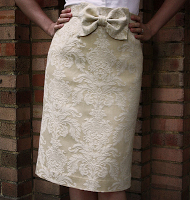 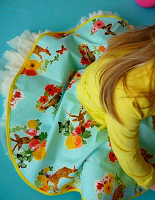 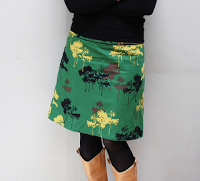 Nummer 6 by Polkadotjes   Paper Bag for a Picnic by Janica 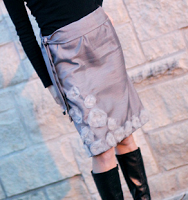 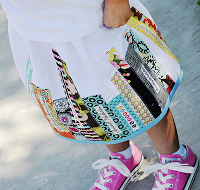 The Snowball Skirt by Mandy    Bookworm Skirt by Susan
We have a lot of people to thank. First, those of you that entered skirts. The four pools, Full Skirts, A-line Skirts, Straight Skirts and Children’s Skirts started filling with awesomeness the day they were announced. In total there were over 300 skirt entries! There is no skirt week without people making skirts. We had SUCH fun looking at what everyone made. Seriously, that might be the funnest part, talking to each other and our crafty friends about which ones we like most.
The sponsors jumped right in as soon as we asked, and we are so grateful for that. It’s always weird, asking someone you don’t know to give you (okay, a third person) something. THANK YOU for all those yeses.
The judges. The judges not only did the job that we wanted to avoid because it’s HADES-LIKE PRESSURE, but they did it cheerfully and promptly. And made our lives so much easier.  Thank you, thank you, thank you!
Aaand the readers. Thank you for voting, commenting, offering your feedback. We love to hear when you’re inspired, motivated, creatively nudged. That’s what makes blogging fun– we do a heckuva lot of talking, but we like to listen, too. And converse. Or else we’d just be writing notes to ourselves on paper all the time! Thank you for participating.
And now… a little nap.