So, my husband is a pretty big geek (but in the best way possible).  He clued me in to this thing called the internet and makes sure it is constantly available in our house via some kind of invisible floating wire or something.  Without him, I’d be writing this blog post on a typewriter.  He also made it so my iPod can wake me up in the morning and I can chat on skype on my big screen TV and I can watch movies on my computer and make espresso with my toaster oven and shoot lasers from my hand mixer.

Ok, I may have gotten carried away a bit toward the end there.  Truth is, I don’t even own a hand mixer.  But the point is, he can make a lot of things do stuff that they normally don’t do.

He made my serger serge!* 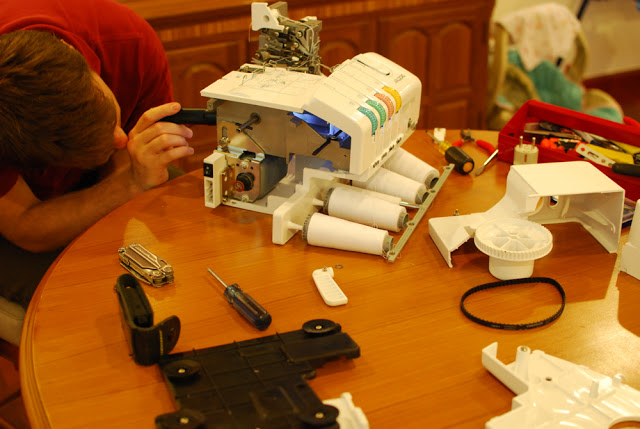 My first serger had only worked intermittently over the past year and a half, and refused to roll hem serge altogether.  The many lectures I gave it regarding work ethic just never sank in and threats were getting me nowhere, so finally I kicked it to the curb.  For Christmas I was fortunate enough to receive this brand new serger!  Which would’ve been awesome IF IT HAD WORKED.  Yep, it came broken right out of the box.  I have an electromagnetic field that repels all things technological.

So, to sum up this long winded post: I finally have a working serger!  That I should use!  Someday!  Whilst not breastfeeding, preferably! 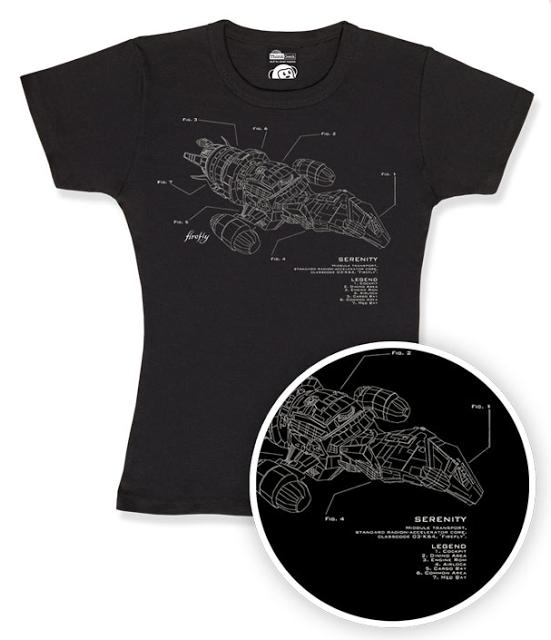 So romantic.  You can sit at the cool kids’ table if you know what this shirt is about without googling.  And if you do know what it is, you might also be interested to know that we are such huge fans around here that 2/3 of our children were named after characters from it.  Go ahead, be jealous.

*while he does have an amazing track record with scrounging around the innards of electronic items with nothing but a flashlight and soldering iron and miraculously making them work again, I would like to note, in the interest of full disclosure, that my serger was fixed using only frustration and the business end of a hammer.  note to the less electronically inclined: give it a few good whacks and it’ll be good as new!

« Going Back to the Source
What I made for #3: Rainbow Quilt »