Each part of Skirt Week has its fun. The tutorials give you plenty of fun new ideas. The sponsors throw in lots of crafty swag as incentives. And THIS is the week– we post skirts for voting! There are three hundred and sixty five skirts in our Skirt Week pools! WOW!


Here’s how this week will go. Each day a new group of ten skirts will up for voting at 8 am Eastern. Voting will close each night at 10 pm Eastern. The following day the reader’s and judge’s choice for each category will be announced and the new batch will be up for voting. 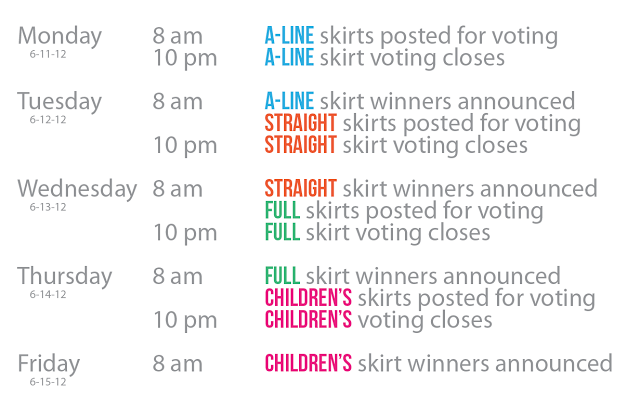 How were these skirts chosen? Buy our fabulous judges (more about them tomorrow) who combed through every single entry. Each entry was judged by at least three judges, most by four. It’s not a foolproof system, and it’s still subjective, but the skirts were evaluated using those same four criteria we laid out when we originally posted about Skirt Week. 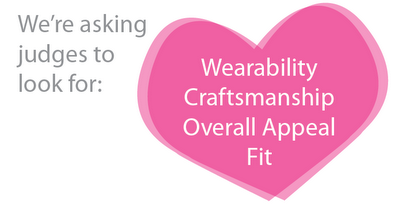 Wearability, craftsmanship, overall appeal and fit. We think that all of that effort has resulted in some excellent candidates worthy of your vote.


So… if you haven’t taken a stroll through the pools, we suggest you do. If you have favorites, share them on Facebook or Twitter with tag #skirtweek. Place your bets. We’re as excited as you are to see who emerges on top!