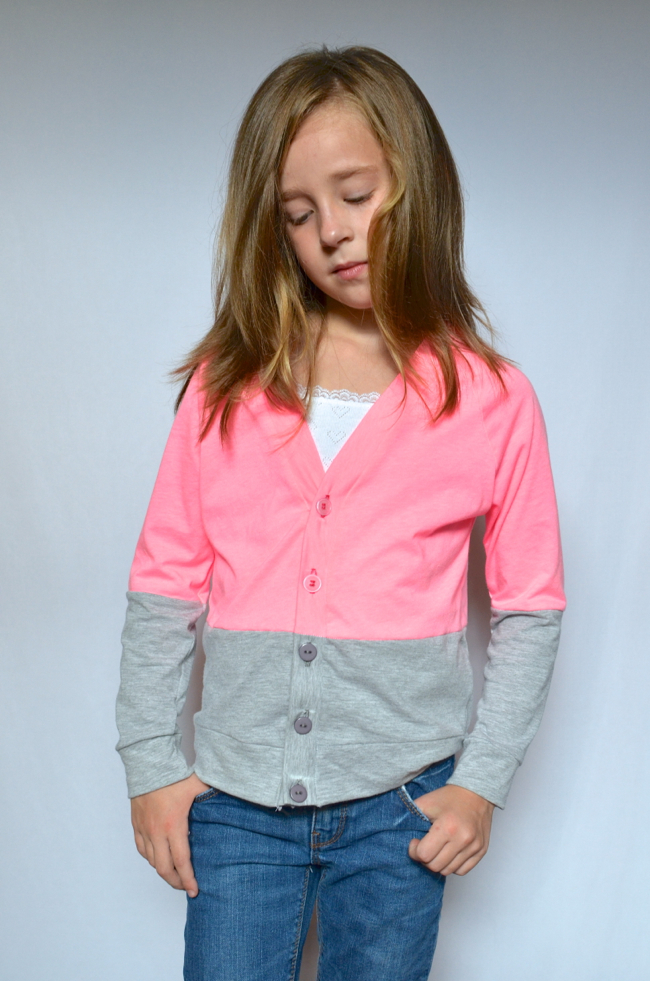 KCWC Day Numero Uno is a color-blocked Greenpoint Cardigan!  I’ve had this version on my mind since I decided to do a cardigan pattern.  Somehow it was better in my head, where I was envisioning a more subtle ‘ombre’ look (please pronounce ‘ombre’ in the voice of Antonio Bandaras, as I intended).  But I just used what I had in the stash, and it’s taking me a second to like the neon & neutral thing going on here.
OK, I like it now. 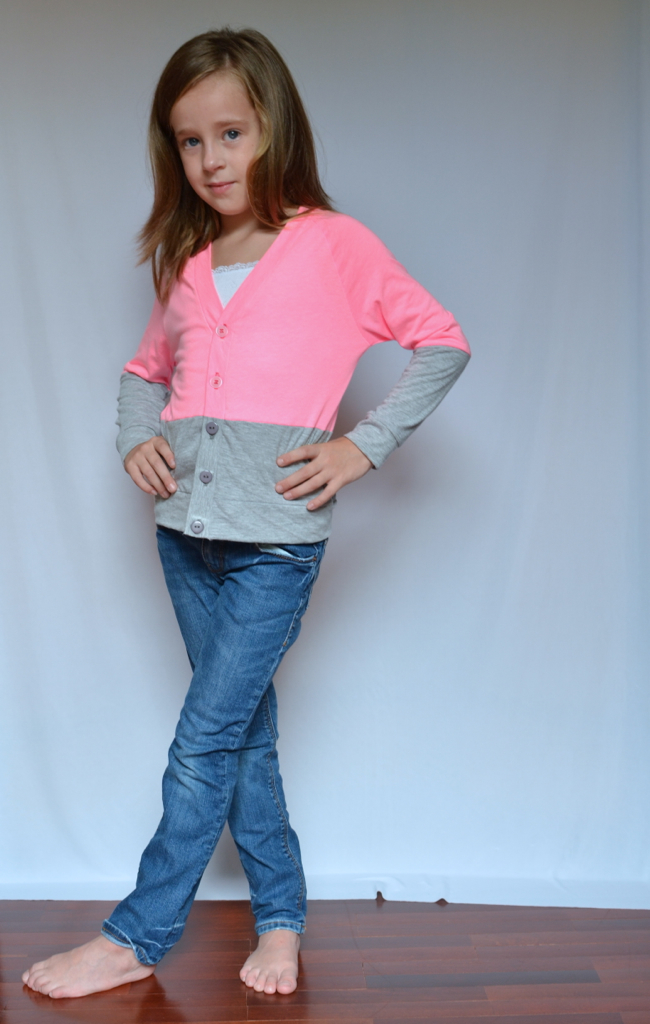 I made this by haphazardly cutting the fabric into color-blocked sections, but if you wanted to do it in a more scientific, “correct” way, you could also slice the paper pattern, add seam allowances, and then cut the different fabrics.
I told my daughter she would be posing a lot this week, so just try to act natural.
I got this: 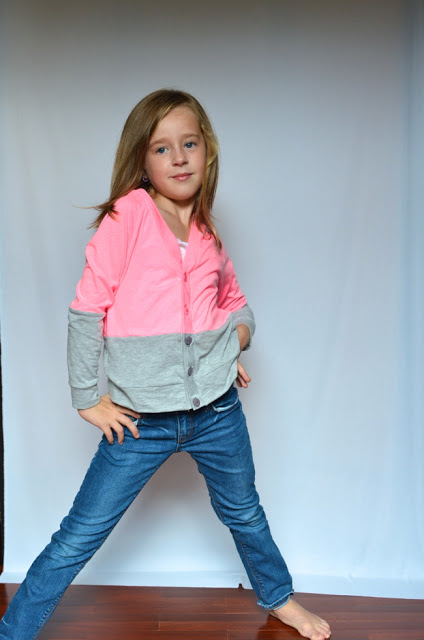 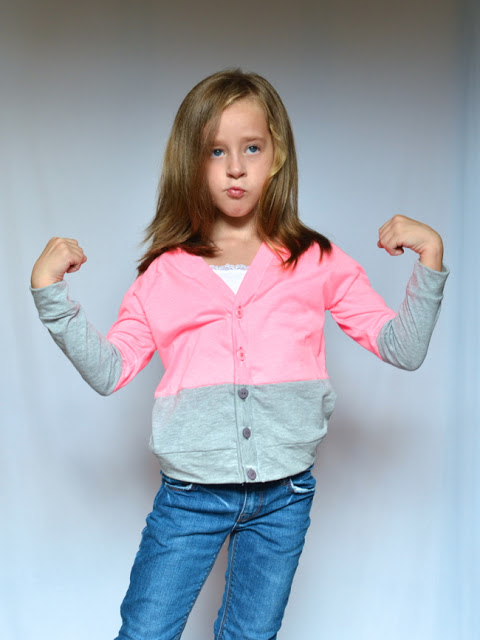 And some other poses from which I will spare you.
I guess six is not the magical age at which  kids start looking natural in front of a camera without direction.  (Who am I kidding, 30 isn’t either.) 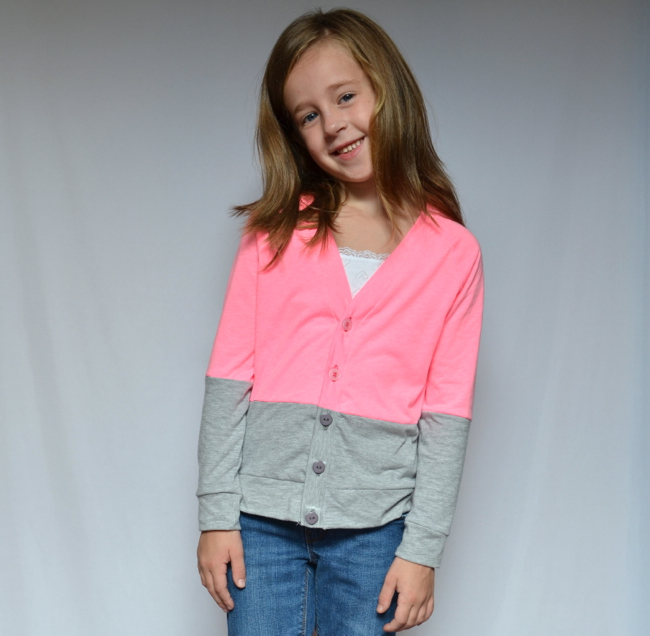 So that’s day one!  The success or failure of day two is yet to be determined…