Living overseas, it’s important to get started on your Christmas cards pretty early.  I wish I could say that I’ve learned this, but it’s a completely intellectual knowledge that doesn’t seem to affect real life at all.  This is the 5th Christmas that I’ve waited until the end of November and then flipped out. As if I didn’t realize Christmas was coming.  If only retailers would start reminding me before Halloween…

Which is why this year I came to the sudden realization that if we were going to be sending out Christmas cards, we needed to take the pictures the very next day before my husband left for a few weeks.  And that meant I had to figure out what we were all wearing that very night.

Sparkle Mod Podge and freezer paper stenciling to the rescue! 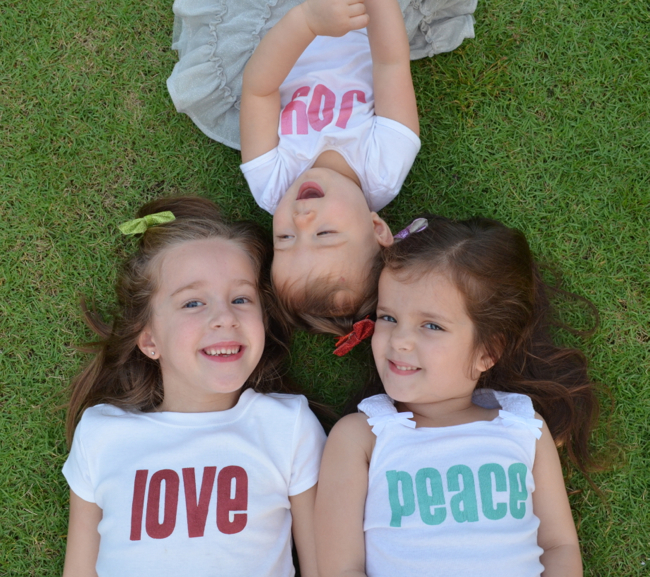 Did you know Mod Podge can act as a fabric medium when added to acrylic paint?  I’m not sure how well it really works since the shirt was still pretty stiff where it had been painted.  But I think it’s softer than it would be without the Mod Podge, and rumor has it that it will soften with each washing.  (rumor=Susan)  So, armed with that knowledge, I cut out these words out on freezer paper, ironed it to my shirts (which were swiped from their wardrobes, leaving none of them with a plain white tee, but who needs those anyway?), and painted using metallic acrylic paint mixed with sparkle Mod Podge.
Because why use the regular stuff when you can use sparkle, right? 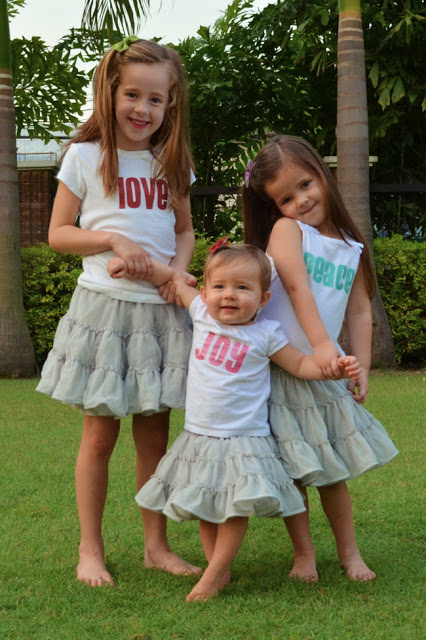 You can’t so much tell in these pictures, but the sparkle plus the metallic paint was a really cool effect and gave these shirts that extra oomph that doesn’t normally occur when I make something within hours of it being needed.  Actually this might have been my biggest win as far as last-minute-crafting goes.  (the family pics, not so much.  Guess how many good pictures we got out of 397.  I dare you.) 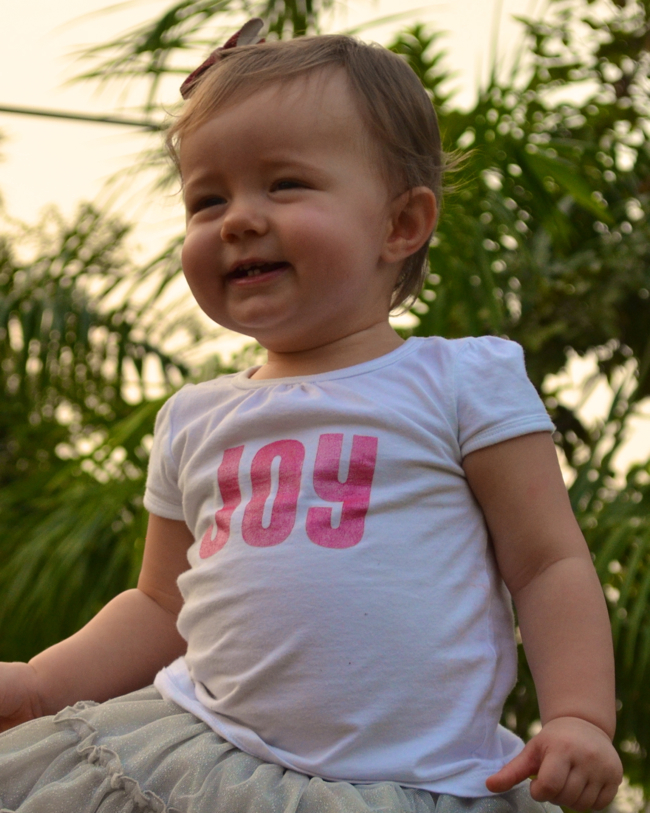 And happy birthday to this little bundle of joy!  She’s been around for a year now and we think we’re going to keep her.

« Clean and Modern Wall Map: A Tutorial
My Daily To Do List »