Earlier this year Spoonflower offered some fabric designers a chance to take two new product offerings for a test drive at a discount. You’d guess it’d be two new types of fabric? That was what I’d have guessed. But they’re branching out– into wallpaper and wall decals. The products are finally out of the testing phase and are available to everyone.

While I love the idea of wallpaper, my reality is that we’re probably not in this house for the long haul. Maybe a year or two or three, but we know we won’t be here forever. They say that the wallpaper is fully removable, but for me it’s more the investment of application time. For now, decals are more my speed.

Rather than the squishy envelopes of soft fabric, these arrive in a really sweet tube. I carried mine around for a while pretending to be a hip architect. 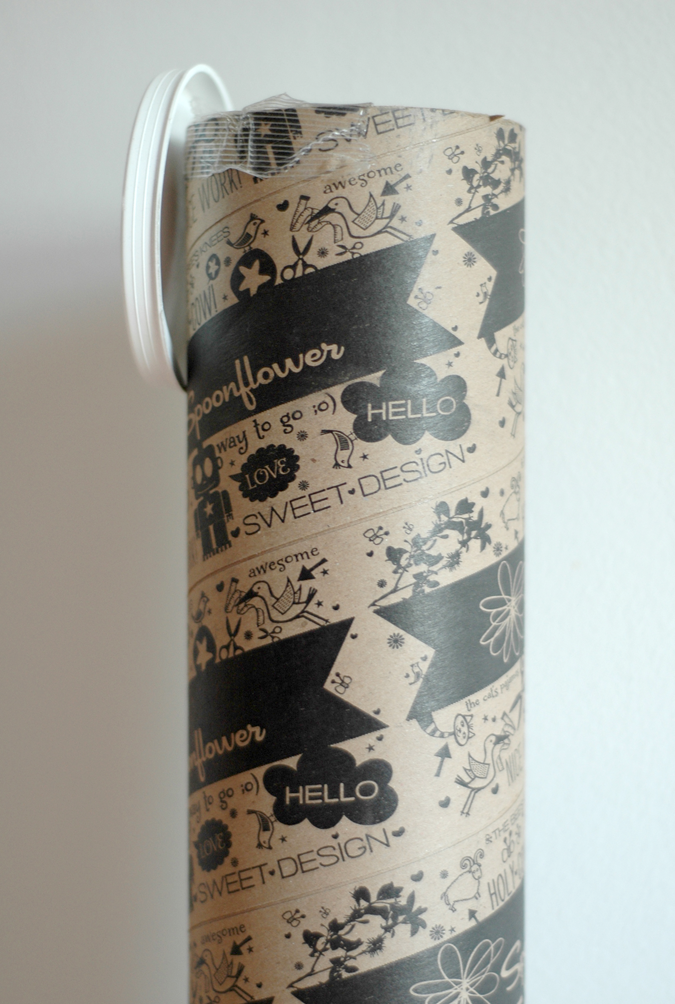 What was in it? A splash of color. I thought that’d be just the thing to brighten up a corner of M’s room. Here’s the plain-as-plain-can-be all white corner begging for an infusion. 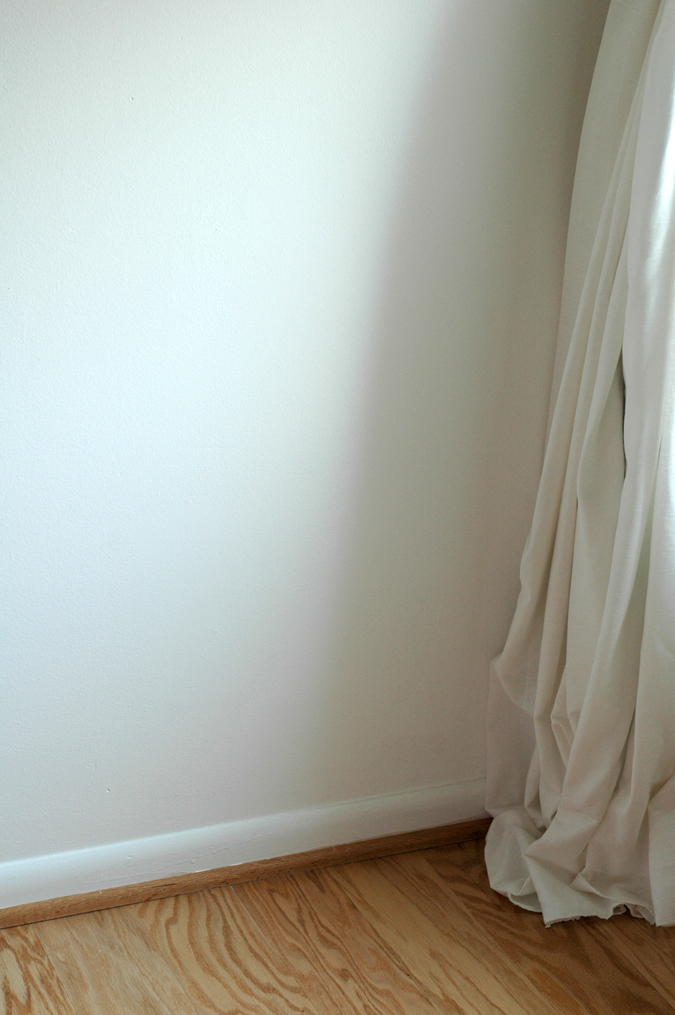 In the beta phase decals arrived still in need of some trimming. I’m told that now when you order they’ll have taken care of that for you– something called “kiss cutting”.

Removing it from the liner and placing it is easy peasy. The adhesive is plenty secure but forgiving as far as application– if it’s a little off you can peel it back and try again without leaving marks or creases on the decal. It has an almost linen feel and a very matte finish. 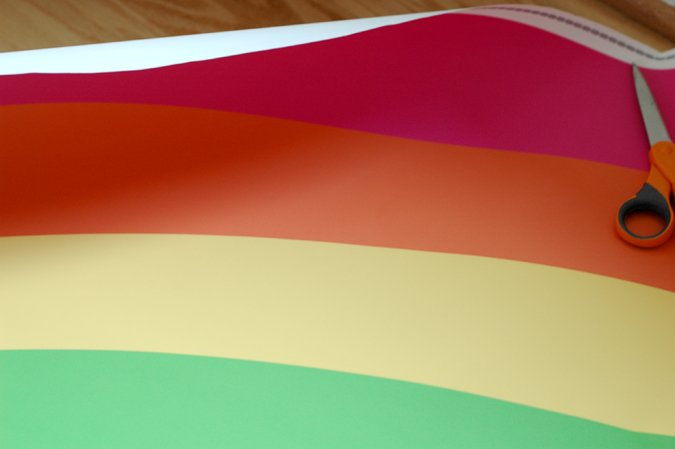 M’s inspection of her new rainbow was fun to watch. Related thought: With drawer stickers and with anything I’m sticking anywhere, I do the application when little eyes aren’t nearby. My working theory is that if they see it going on they’ll try to take them off. So far so good… 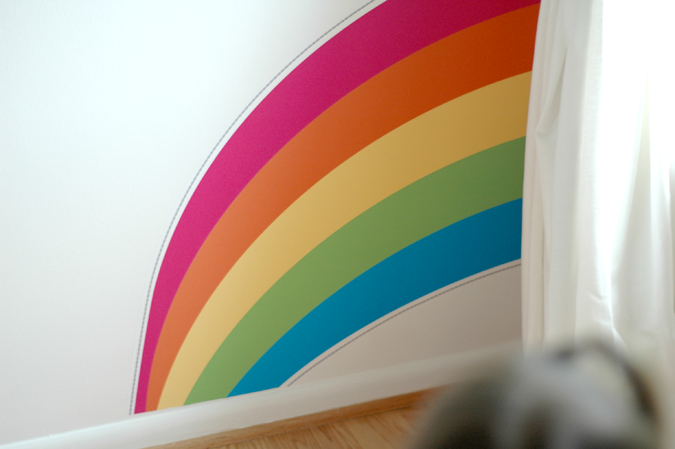 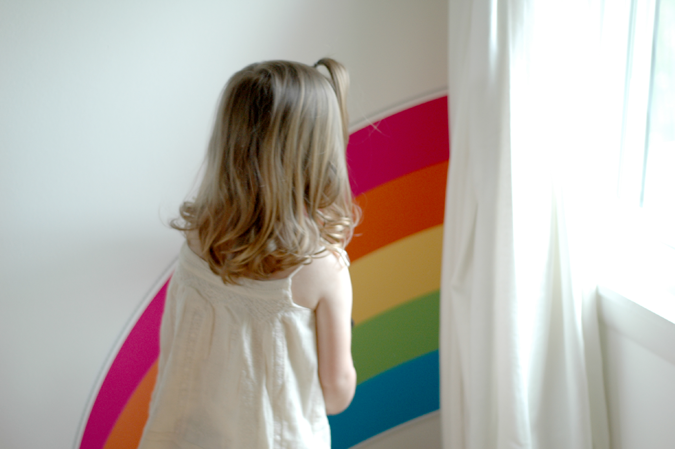 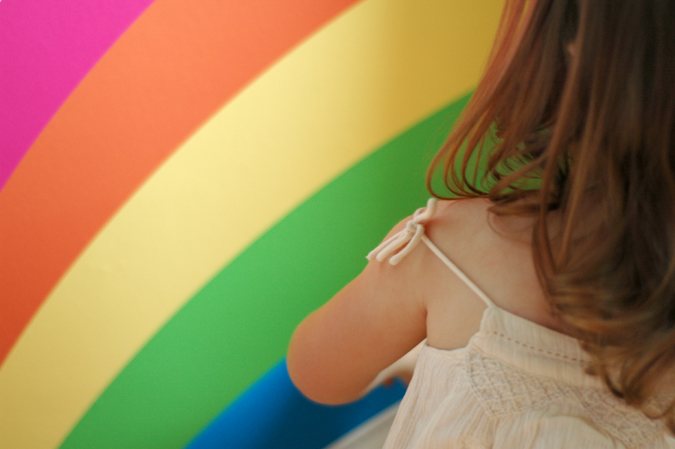 I took these photos in early spring. She’s already so much bigger! Probably wouldn’t sit any more still for photos, though. She’s also not nearly so pale. Poor kid’s looking like she’s been locked up. 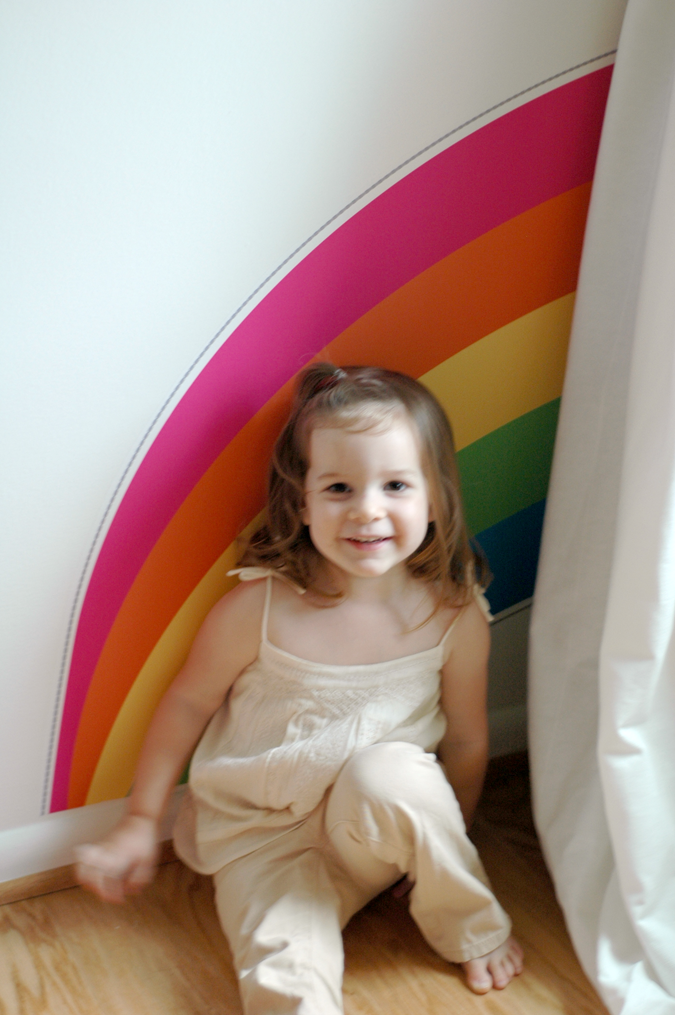 I created my design in Illustrator, but you can upload a variety of file types made lots of different ways. If you’ve ever uploaded files to Spoonflower before, the interface is pretty similar. If you’re interested but haven’t tried it, I suggest giving it a go. The tools are fun to play with and give you an idea of scale. For example, I tried our new header image as wallpaper. 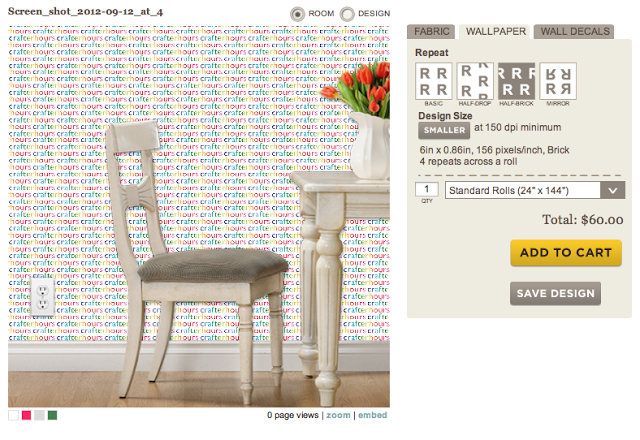 Who doesn’t need a whole room full of that?!?! But really, about 6 months later, the rainbow in M’s room still looks great. No bubbles or peeling or anything. For people who want to add custom accents to walls without becoming full-on muralists, it’s worth a go. If you’ve tried it, I’d love to hear what you think!