There’s this thing that happens when I wait a loooong time to post. Partly an out-of-the-habit “maybe I can’t do it anymore” feeling, and partly a list of things I want to share that feels so overwhelming that I couldn’t possibly distill what I want and need to say. Having been in that place for a while, I’m finally ready to try to say something, even if it doesn’t come out the way I’d like. I’m giving it my best shot. Bear with me!
There hasn’t been nearly enough craftiness in my world recently, and certainly not much blogging. Many other things have been happening, though. We found out that we’re moving next summer! This is both a good and a bad thing, in the way that most moves are exciting and terrifying at once. So there’ve been meetings with the realtor and lists of things that need to happen to get this house ready to sell, as well as planning to go to our next locale – Northeastern NC – to figure out where we’ll live. There’s also a lot of scratching my head trying to figure out how to neaten storage and toys and crafty workspaces so that prospective buyers don’t turn around and walk out the second they walk in.
My girls have found lots of ways to entertain themselves. They’ve not suffered the same lack-of-craftiness that I have. 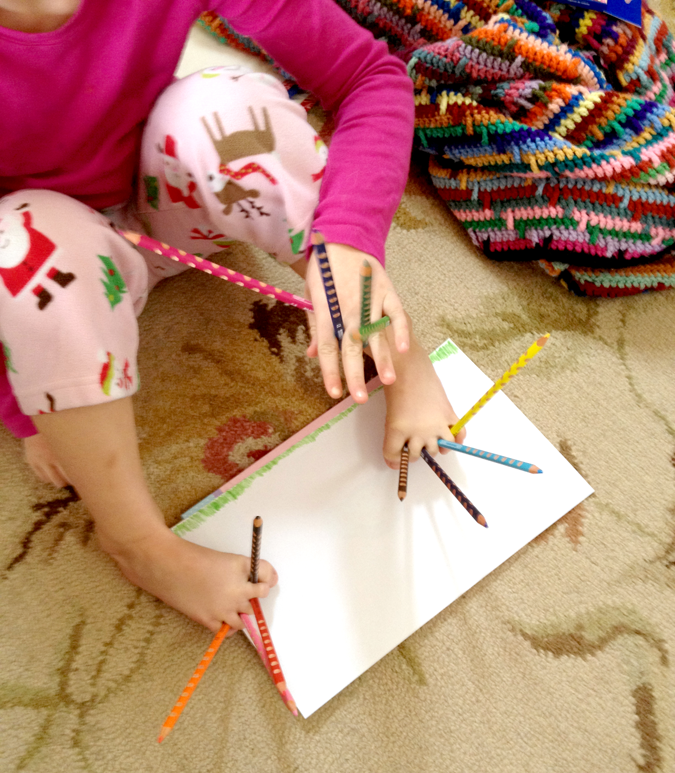 There’s been a lot of winter hibernation and snuggling. You may’ve already seen this photo of one of my first two (beagle) children on Instagram. You may’ve also seen photos there from my trip to Alt, which I still want to tell you about, after I share the other things that’ve been happening. 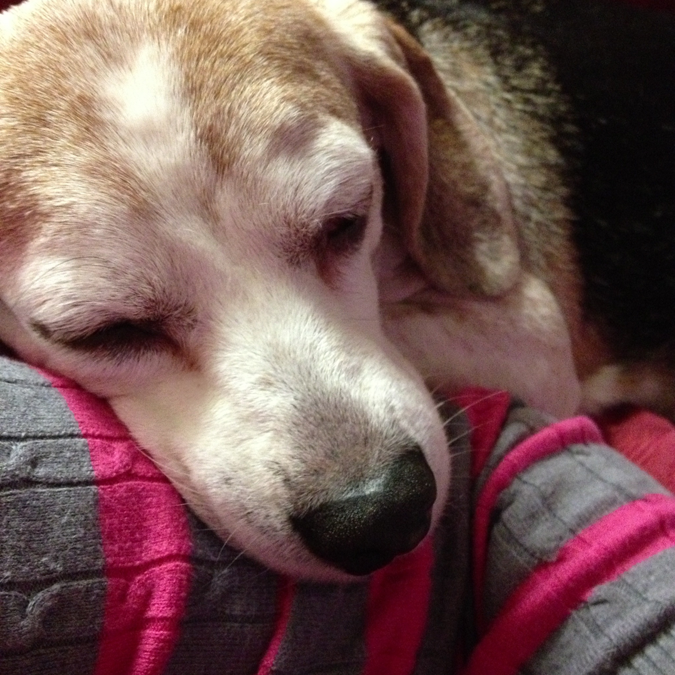 There’ve been some sad days. I’ll admit that sappy posts about passed relatives aren’t always my favorites to read. I don’t like to think about the sadness that isn’t mine when I don’t absolutely have to. I know how selfish that is. But now I better understand why people share them. Because they have to. I have to tell you how special my grandmother Augusta was. In early February Grammy died. She was 94– no young’un, and completely happy with her long, full life– and yet I’m still so sad that she’s gone. More selfishness. I want her here. My greatest cheerleader, she applauded every creative effort I ever made and with crazy enthusiasm. 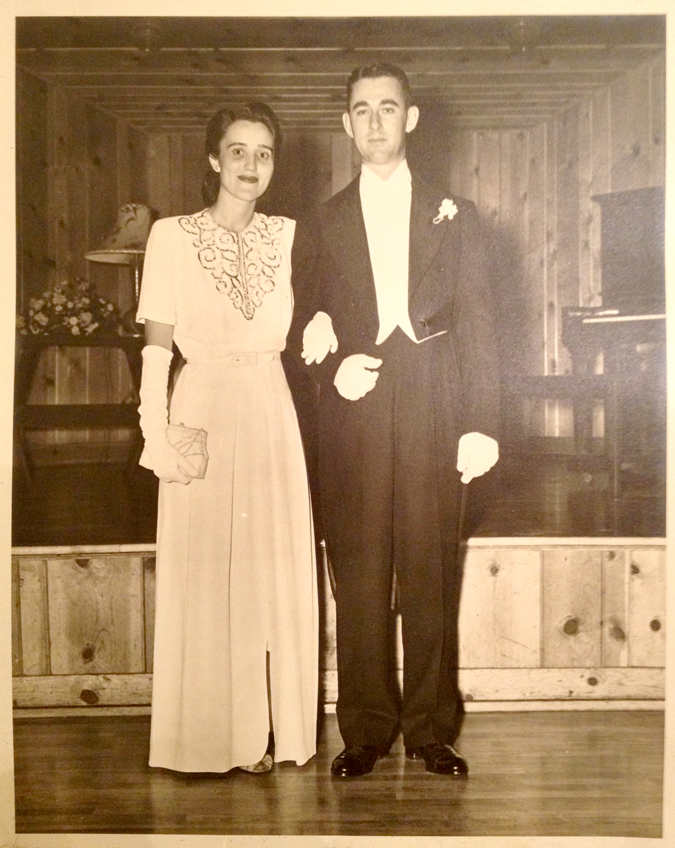 We made the trip to South Carolina to be with my family, and I dreaded it… until I arrived. It’s been a while since I’ve had to go to a family funeral, and I was amazed at the comfort I felt in seeing all of those warm and friendly faces join together in celebrating her. I don’t love photos from funerals, and my family isn’t the most welcoming of photos anyway, but this one comforts me. My Dad, my stepmother and my Aunt all on their way into her home church for the service. My Grammy’s children were the brave and cheerful souls that she worked so hard to raise. She faced heart wrenching pain and tragedy over the course of her life, and she was still so overwhelmingly optimistic. She had the sort of smile that you just couldn’t resist smiling back to– for the rest of the week. She had lasting effects. 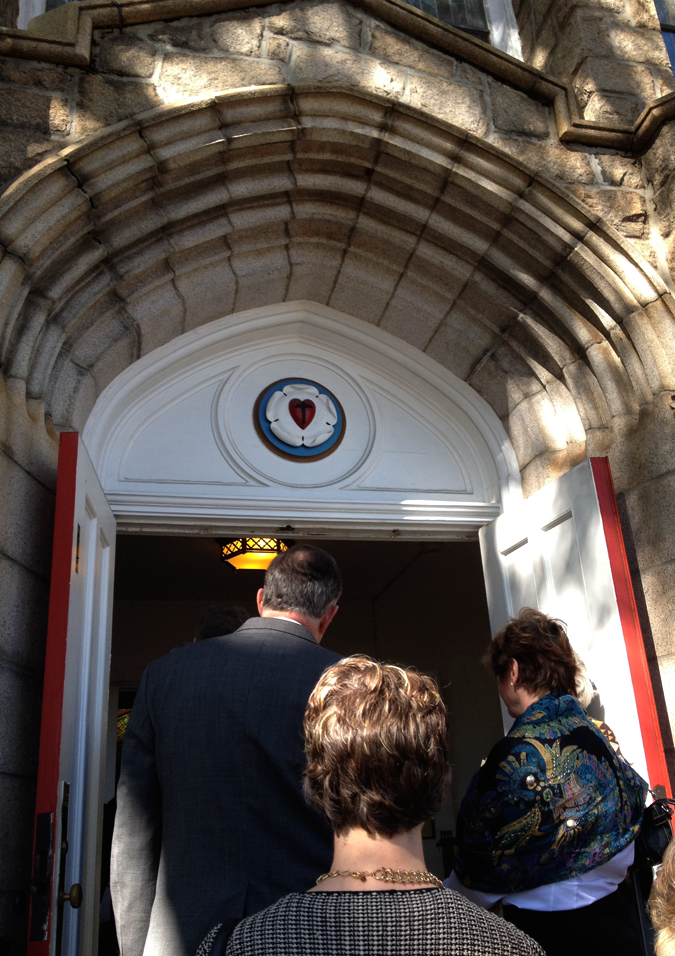 The last conversation I had with my Grammy is a fantastic memory for me. She was normal Grammy, no sign yet of the respiratory illness she was about to face a few days later. She’d raised three children of her own, and I was able to share that we’re expecting our third in August. “Ooooh, Suuuu-saaaan” she’d said in her delighted, singsong voice. We spoke for a while about the logistics of raising three, and about how I was feeling.  I will always treasure the sound of her voice as she laughed, knowing so well what a blessing and challenge my growing family has in store. On our Grammy-celebrating road trip I snapped this evening shadow. Not much of a belly yet. 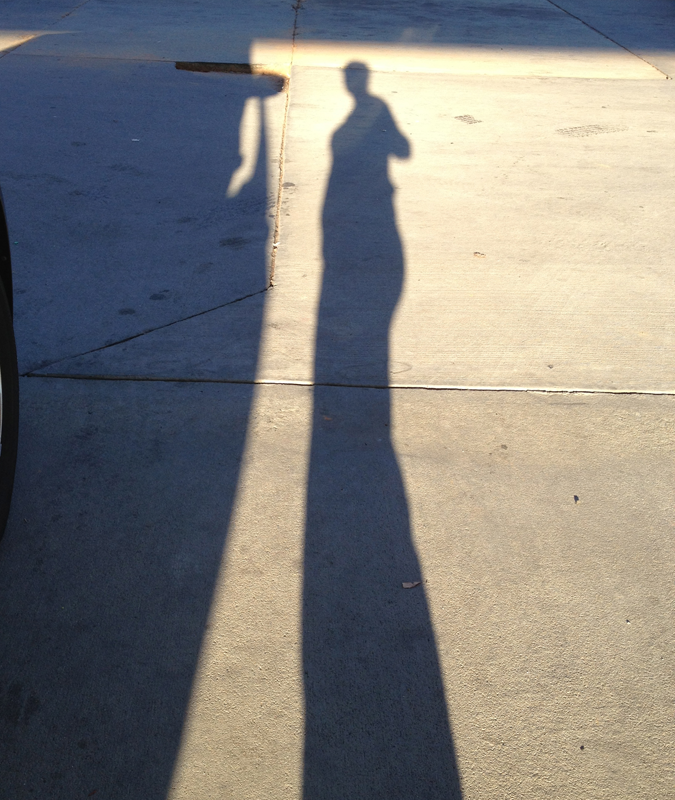 Since about week 6, I’ve felt really, really pukey. I went a solid 8 weeks without making any form of meal for myself or anyone else. I’d tread carefully only as far into the kitchen as I had to to get crackers or something to drink, and if my husband or someone else helpful wasn’t around I made a drive-through trip to get something edible for the kids. I’ve been doing as little as I can get away with. Not my style, and kind of depressing in the endless feeling of I’ll-never-have-energy again. I cancelled or delayed as many commitments as I could just to try to rest and survive. I’ve tried eeeeverything. Small meals and snacks, ginger, lemon, peppermint, toast, apple slices, preggie drops, seabands, B6, teas, acupressure, accupuncture, B6 + Unisom and  Benadryl. The biggest improvement happened when the doctor suggested I drop the prenatal vitamins. That change gave me about four days puke-free. Google is tired of me asking for new things to try.
In the last week or two I’ve had a little more energy, and every night I go to bed with the hope that the tide will turn overnight. As far as the rest of this growing family, the girls are ecstatic. K, 6, has a million questions about what she’ll be able to do to help, and has accosted babies and brought them to me to show me what a great big sister she’ll be. I’m trying to convince her that I don’t need convincing. The day after we told her about the baby, she brought a new family portrait home from school. I think she was so excited about the drawing she raced through her own name and skipped the letter “y”. M, 3, mostly bounces up and down and says with certainty that the baby is in her belly. And we just go with it. Also, she says it’ll be named “Flower.” 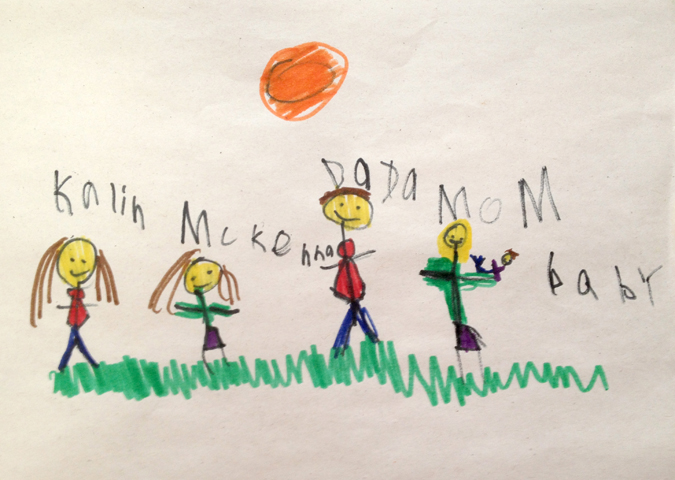 This image from 11 weeks is shockingly baby-looking. I’m just over 15 weeks now, and still not really grasping the reality. I’m way, way, way more emotional with this pregnancy than I was with the other two, and I cry every time I see the baby on the ultrasound or hear its heartbeat. I guess this sounds normal in the world of pregnancy, but I’m not still not used to it. I’m not usually a crier. 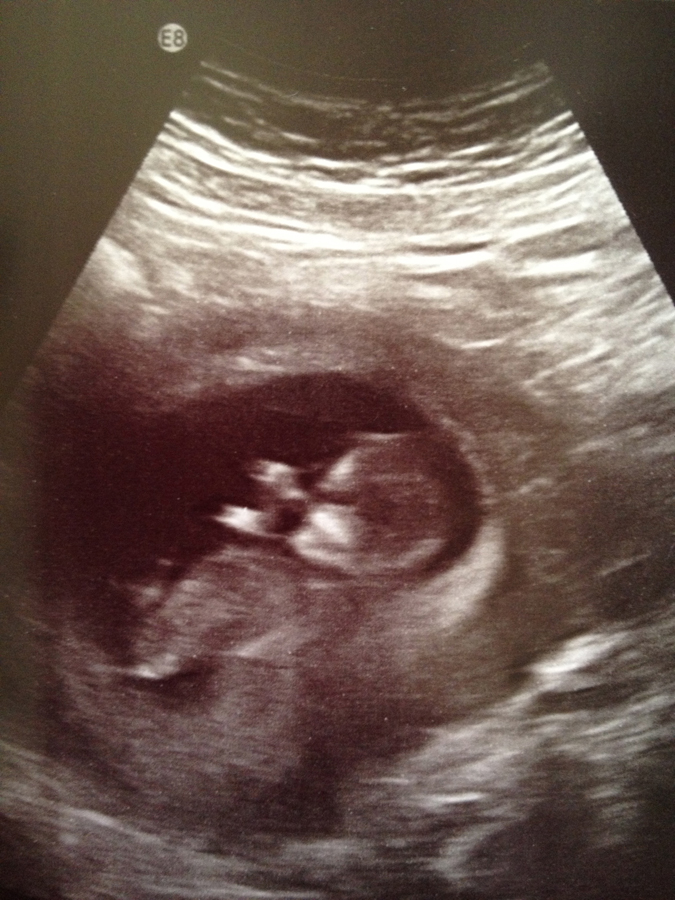 We’ll go in about two weeks for the ultrasound where we’ll find out the gender if the kid is cooperating. I’m excited to know, but don’t really have a feeling one way or the other about what it is. Every outside guess I’ve heard so far (except maybe M’s) is “boy”. We’ll know soon enough!
Recently I was finally able to stand at my craft table long enough to find the surface of it, which I’d not seen since before Christmas. It’s progress. I make an effort to remind myself almost hourly that I am indeed involved in a crafty endeavor, and that the other less important craftiness can wait until I feel better. It’s an exercise in patience. I definitely don’t feel like my normal productive self yet. But I’m soooo hoping it’s around the corner. 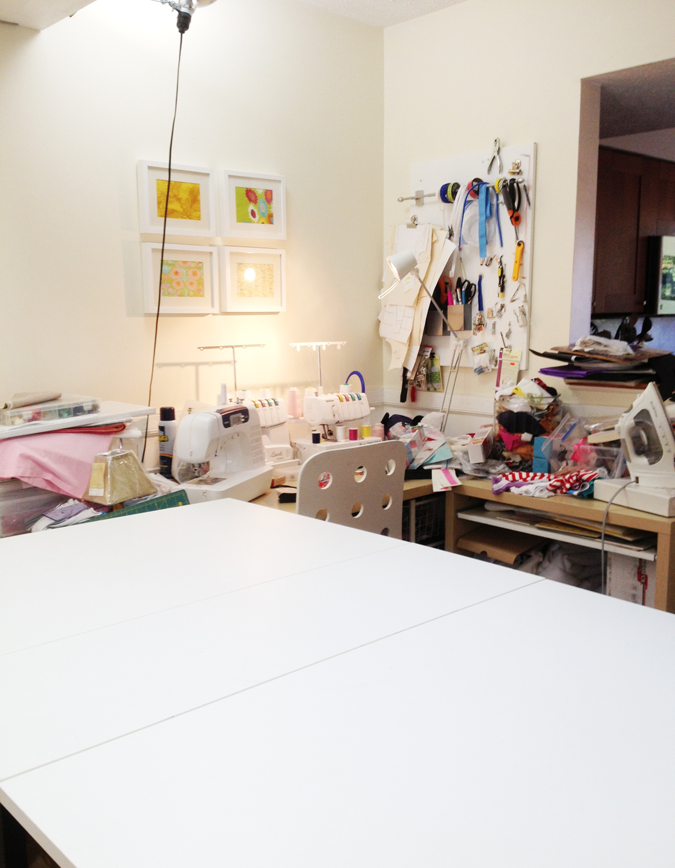 I have some impressive lists of things I want to do. In my mind, I’m ready to get busy! (My Pinterest boards are about the only things that haven’t suffered over the last 9 weeks!) I’ve just got to wait for my body to be ready to keep up. If and when it eeeever happens, I’ll be back to show you! Thank you for reading this long and eclectic post. It feels like a small victory to be able to come here to write and share. And so nice to know that the kind folks who read our blog are the sort to put up with my occasional rambling.