Both of my girls get really, really excited as soon as I start to sew anything at all, wanting to know whether it’s for them. As M saw me hemming her dress she asked me no less than 50 times “is it ready yet? How about now? Ready yet? NOOOOOW IS IT READY?” And when it was, proceeded to wear it for three days straight.

My six-and-a-half-year-old, however, is 99% tomboy, so the Big Bow Dress was a gamble. But since Miranda’s class a few weeks ago was such a good opportunity to hang out with other sewing folks and I could make dresses for both girls, I just sorta went with it and tried to avoid overthinking it. As I tend to do. I attempted to get K’s buy-in by asking what color dress she’d like, and she requested blue.

When I got to the point of getting them ON the girls, however, it did require some timing. There were a few failed attempts. In this case, what worked was “we can go to see the school art show at the mall as soon as we take pictures in your new dresses.” Those were the words required. I LOVE when they’re old enough to be bribed convinced. And without M & Ms. The dress was on, hair was somewhat voluntarily brushed, and we were out the door to enjoy surprisingly good weather. From these photos you’d think that they don’t routinely break glass with their shrieking at each other. 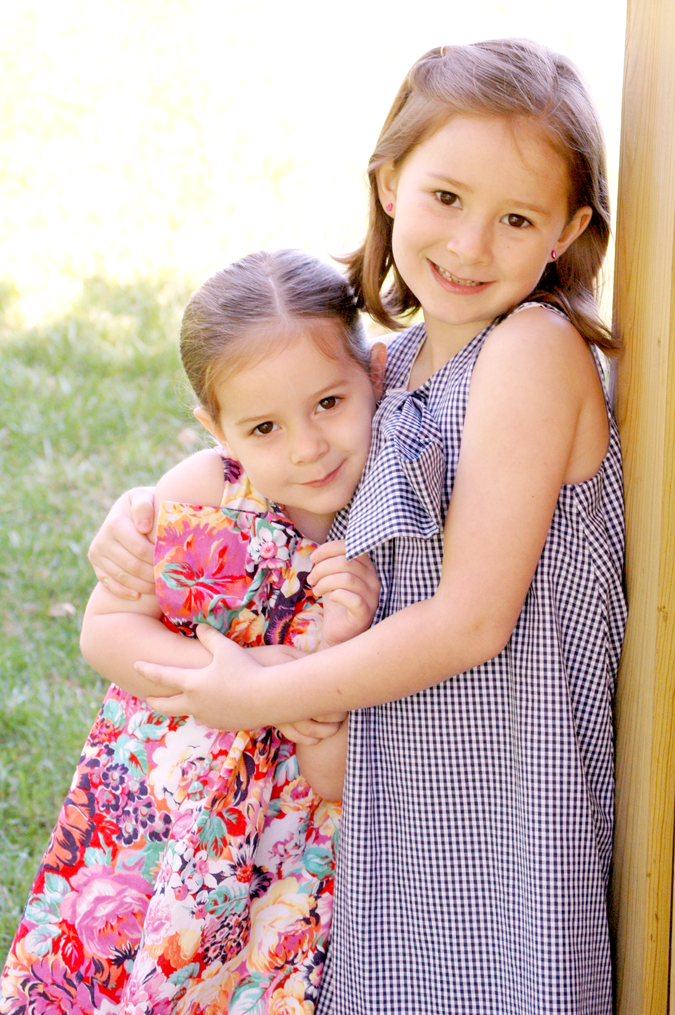 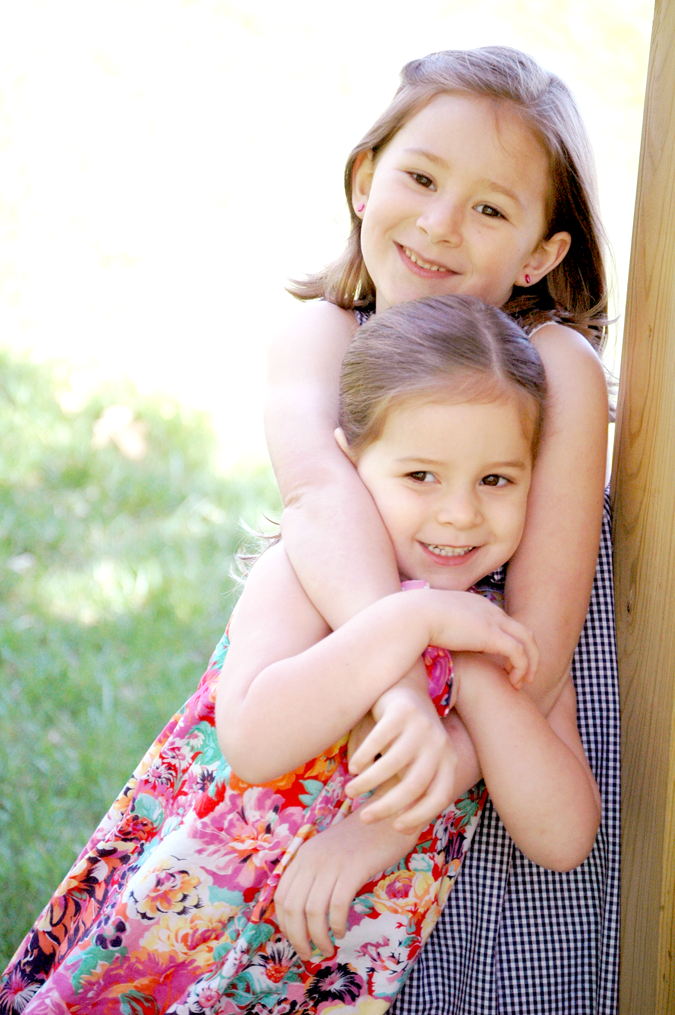 She’s working on her “playing it cool” poses. 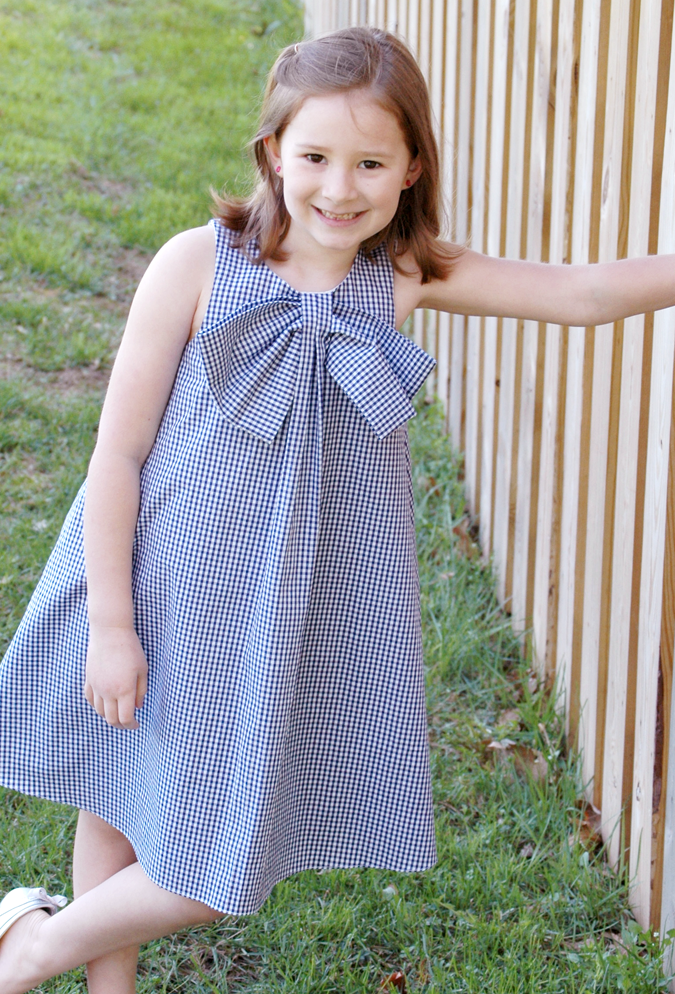 For a girl who likes people to think that she’s not girly and doesn’t give a crap about twirling, she did a LOT of twirling. You wouldn’t think an a-line would be so twirly. It’s a sneaky twirler. Especially in this cotton gingham shirting. 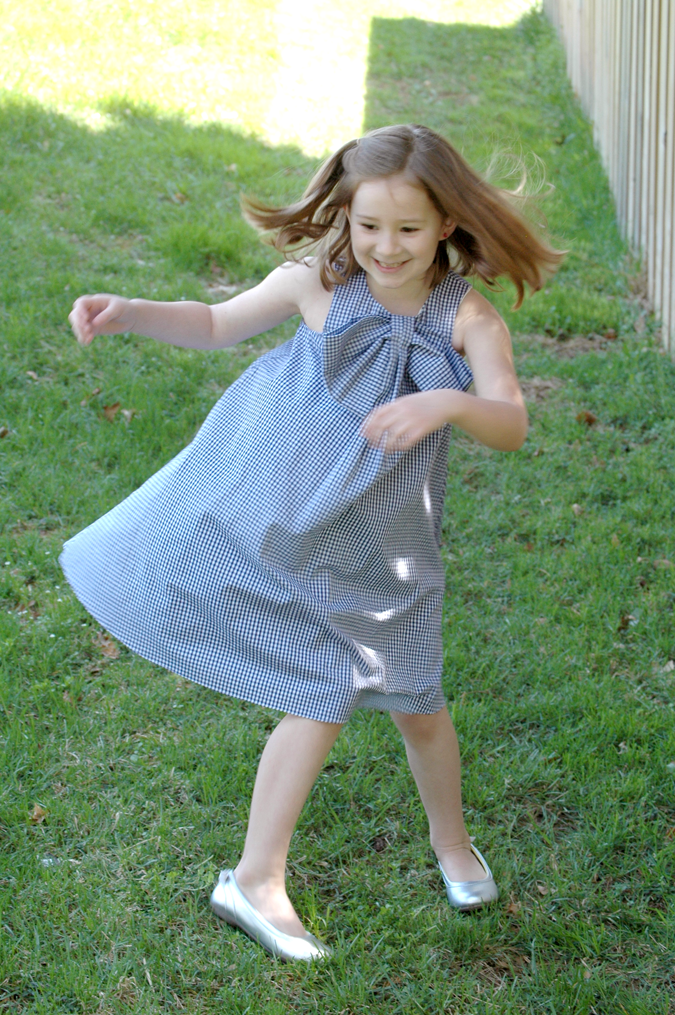 It is indeed a BIG bow. I tacked the bows down to hold them in place, leaving the larger size a bit floppier than on the smaller dress size. 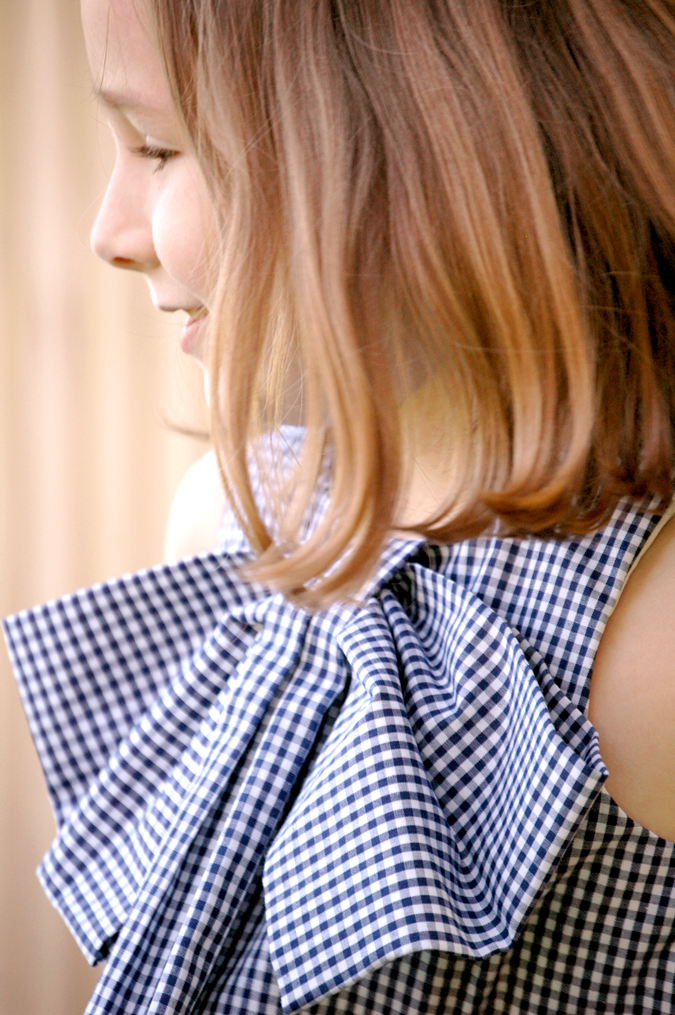 When I chose this fabric, a floral cotton lawn, I was concerned that the bow would be lost completely. I’m still not sure that it isn’t, but I’m so happy with that print that I don’t care. 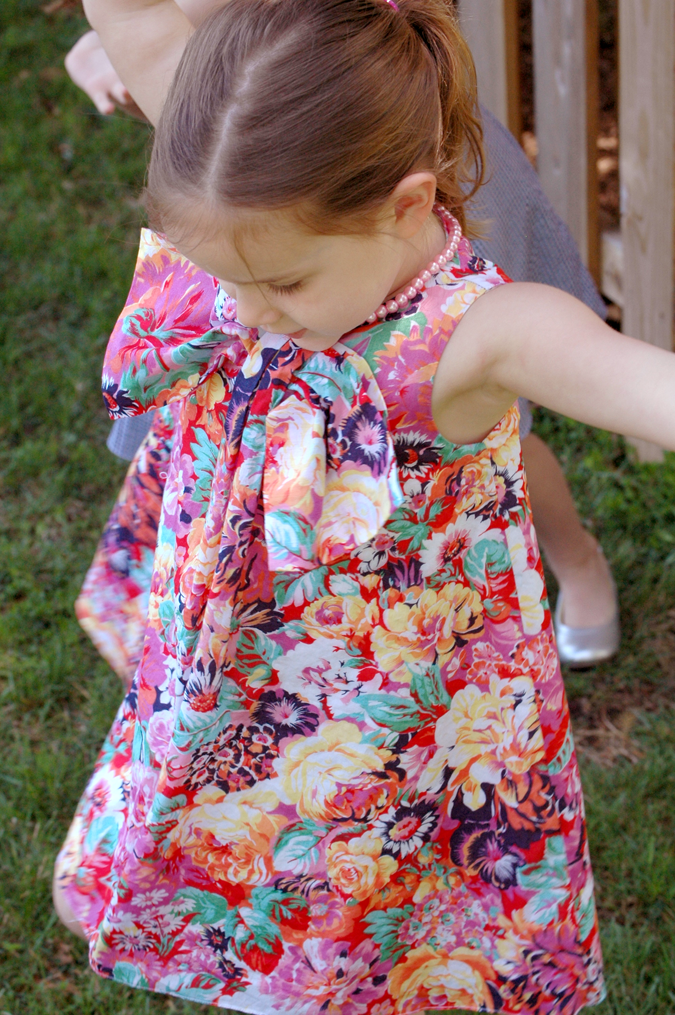 While photoshoots with kids generally make my head explode from the rapid-fire nature of it, these girls seemed oblivious to any of my concerns (um, also direction). Just a whole bunch of squeezing and pulling on each other. And we didn’t cross over the line to red-faced bawling because someone’s hair was pulled. 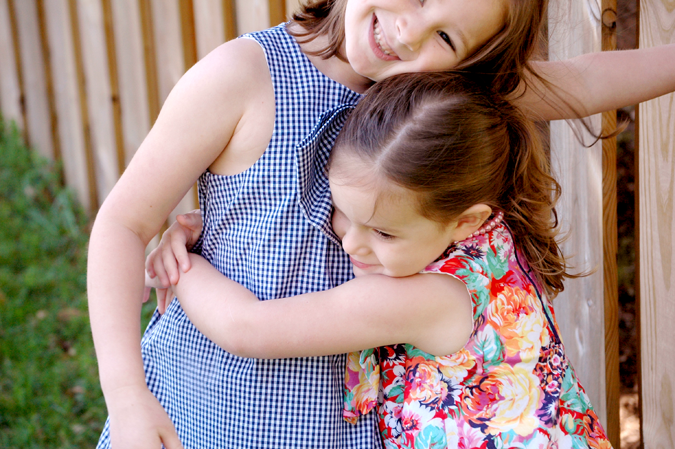 Wow, does it get trickier to sew for kids as you start having to find the places where their tastes and yours meet. K hasn’t yet entirely refused to put something on but there have been a few she’s chosen to wear less often than I’d like. Thank goodness there’s a little sister parade behind her.
The Big Bow Dress pattern can be found in Miranda’s shop here. Definitely one for sewists with some intermediate skills, but totally worth trying because the number of skills you’ll practice in one pattern is a lot of fun – invisible zipper, buttonhole, full lining, under stitching. If you’re in the DC area check out Miranda‘s social media streams to watch for this or other classes coming up, and even if you’re not, watch for more patterns!