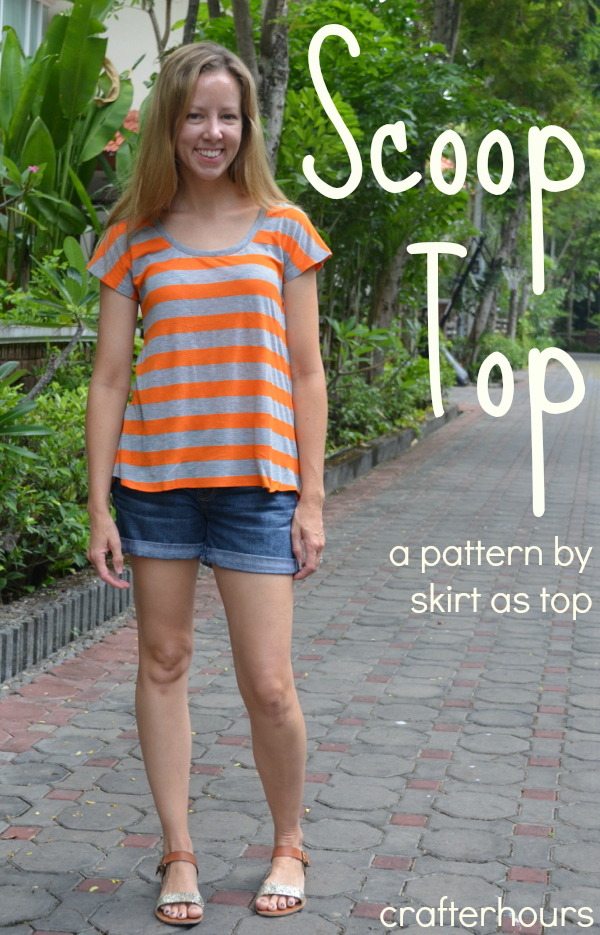 It’s been awhile since I’ve contributed to Spring Top Week over at Made By Rae.  I’ve been a judge for the last two years, but that’s no excuse for not making anything!  It was beyond time to get back to some selfish sewing.

I downloaded and printed the Scoop Top pattern from Kristin at Skirt as Top practically before she published it.  I mentioned in a previous post that a well made T-shirt gets me emotional, and this one has me downright verklempt.  It’s good stuff. 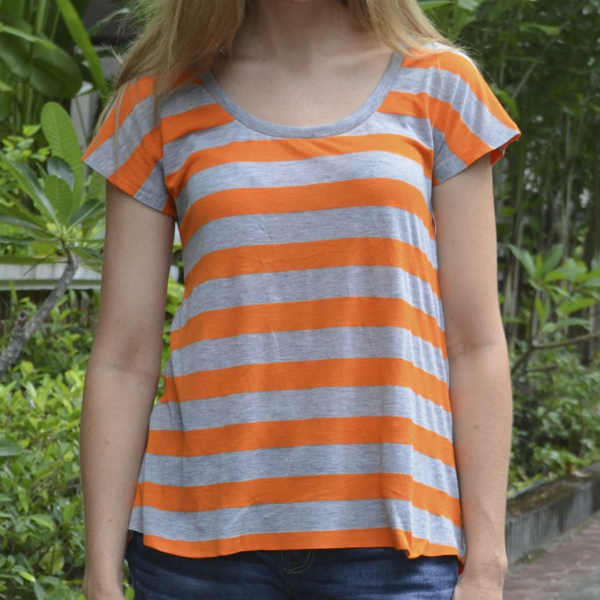 I used a very lightweight drapey knit from Girl Charlee and I think it was perfect for this project.  This is the one I used but if the link expires, its a jersey rayon spandex blend weighing 6.5 oz (thanks for always giving us that helpful info, Girl Charlee!)

I left the pocket off because I thought it would get lost in the stripes, but I really love the pocket.  Must make another version.  For the neckband, I cut the fabric so that only the gray would be revealed, again to avoid stripe-craziness.  You can do this if your stripe is about an inch wide or bigger.

If you primarily sew children’s clothes and you use this pattern, brace yourself.  It’s enormous.  You’ll look at it and wonder how many people will fit in it.  You’ll be tempted to cut it smaller, but don’t do it!  You’ll be pleasantly (or horrifically) surprised to find that it fits perfectly (a revelation that is somewhat more palatable in a shirt than when making your own undies, ask me how I know.) 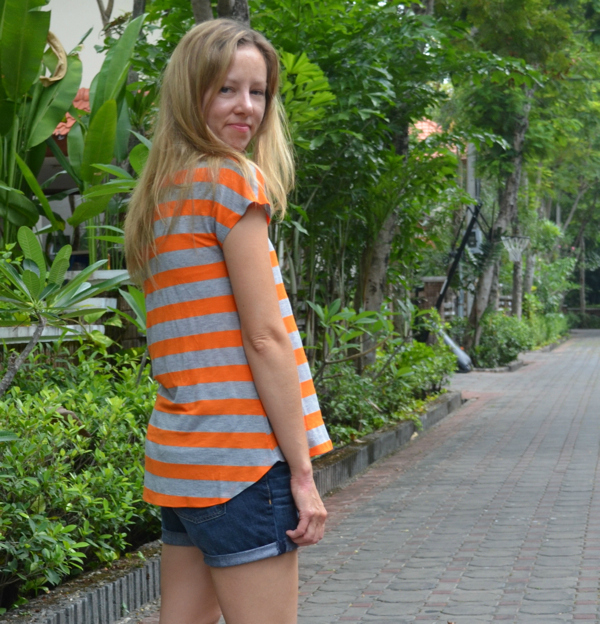 I do tend to prefer fitted clothes, especially in knit tops, so this is a deviation for me.  But I really really love it.  I seriously glanced down before I left the house to make sure I was indeed wearing a shirt, that’s how comfy it is.  And yet it’s still cute and stylish and doesn’t look like pajamas.  That’s a thin line you’re walking Ms. Skirt as Top, but you’re working it!

Now I have this pattern all cut up and taped together and I have this knit in two other colorways, so I gotta go.