The planets aligned recently when I was working with Rachael to digitize the Tumble Tee and my 6 year old designed an outfit that would be perfect, like, seriously, PERFECT, for the pattern. A knight costume tunic! 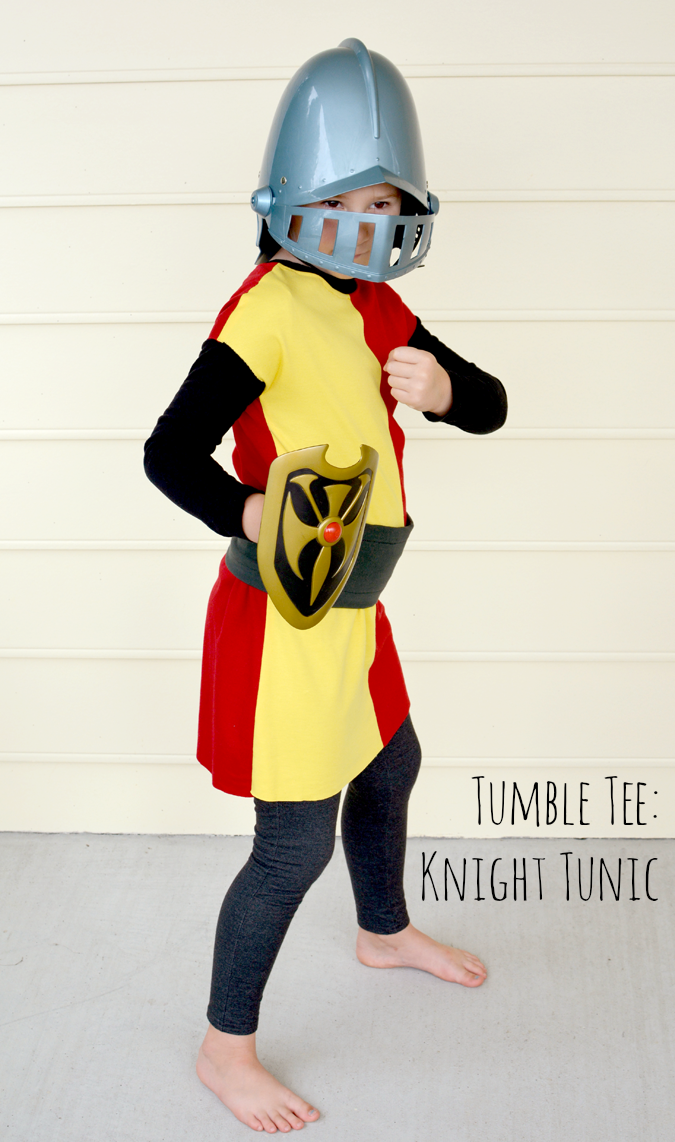 Remember when we went to Medieval Times? The next morning (before school!) she came to me with this drawing and requested that I make it immediately. 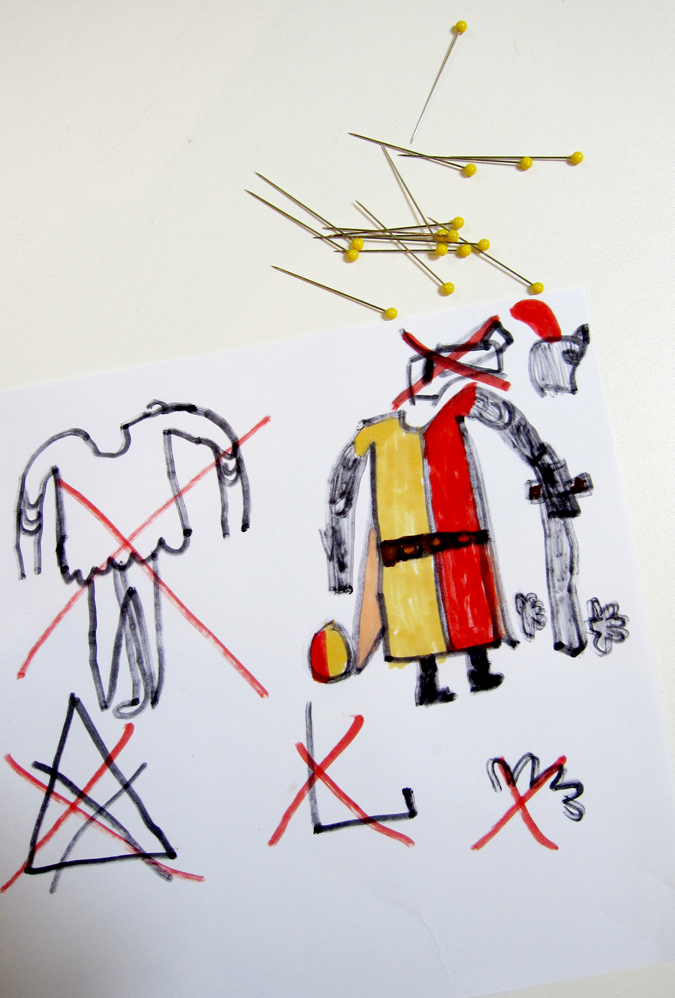 She came home from school and said “Did you make it yet?” and then variations on that question for, oh, the next three months. Well, she split her efforts between this and asking whether I’d made her September birthday party invitations yet. (The answer to that is still “no”.) I fiiiiinally put everything else aside (settling the house, other pattern work, other bloggy stuff, baby stuff) and made this. And then felt silly because it’s such a quick sew I could have done it lots sooner. I didn’t even bother with the serger or coverhem, just used the walking foot on my regular machine. So fast. 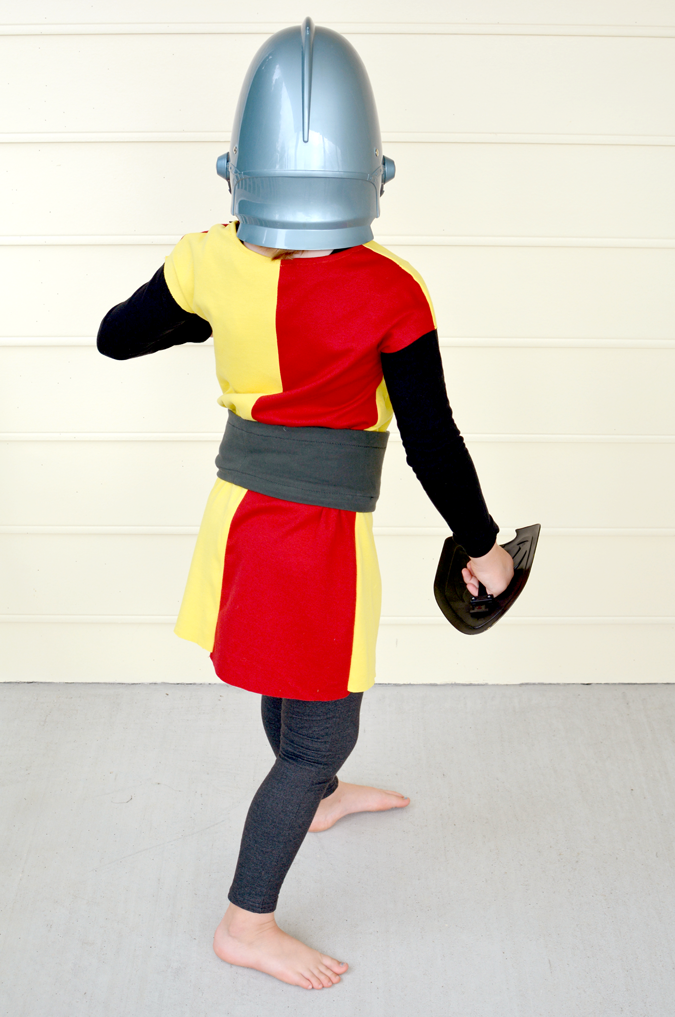 For this size 7 cut to the dress length I used two stable interlock knits. Easy peasy. I finished the neck with a stretch stitch, but left the arms and hem unfinished because this knit doesn’t curl. The sash/belt/whatever I should call the middle band is a separate piece of jersey with some interfacing on the inside of the front to keep it flat and stretch stitched along the edges. (You know about the stretch stitch, right? It’s a lightning bolt shaped stitch usually located near your zig zag stitch on a machine that goes beyond straight and zig zag.) 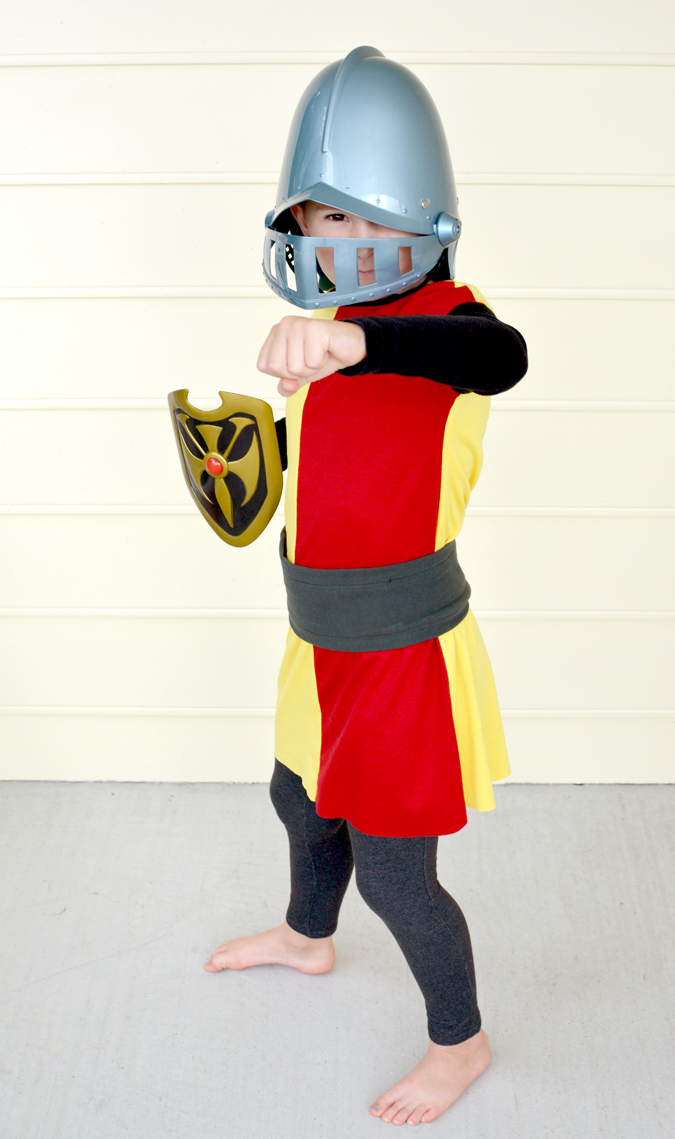 Oh my gosh her face when she saw it. Pure happiness. There are times when I have to ask her to wear something I’ve made. Occasionally I have to bribe. No asking, no bribing, she ripped her clothes off and put this on. Then we worked out the leggings and undershirt. (Similar excitement in the past over her Baboon, Prince Philip and Ghostbusters costumes.) 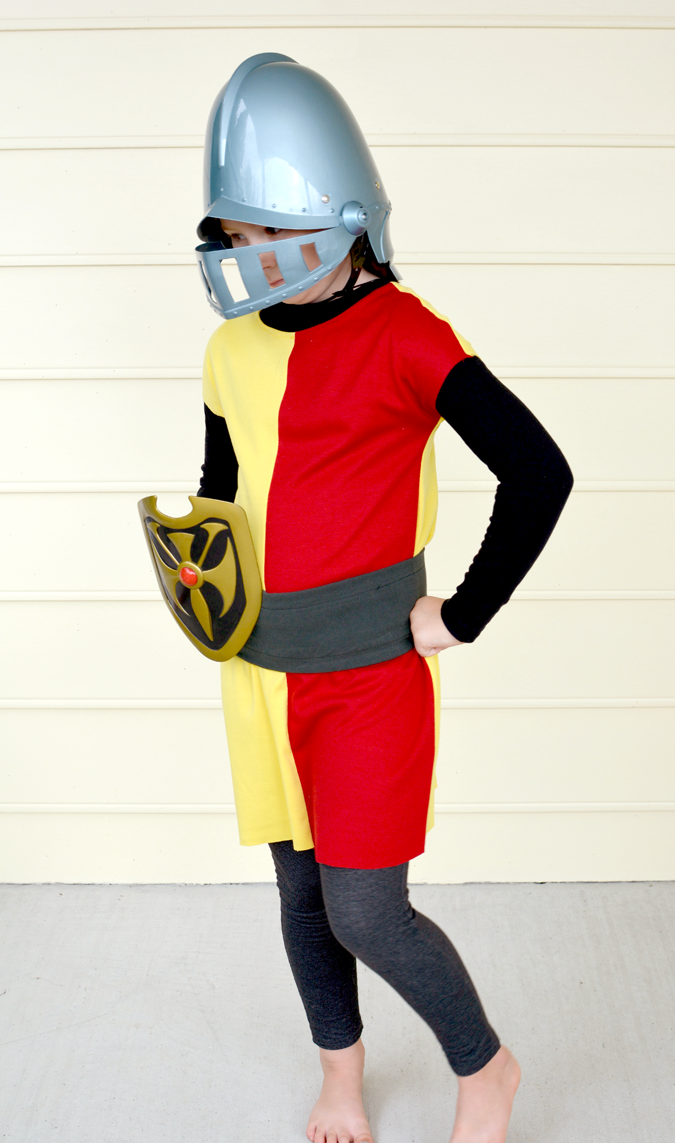 So her face doesn’t look so happy here, but that’s because she’s heavily in character. This is her fierce face. She takes this SO seriously. There were lengthy discussions about what she’d layer under it, which shield she’d carry in the photos and whether a low ponytail was appropriate. Also why I wouldn’t let her wear this to camp the next day, which would be because she would sweat to death. 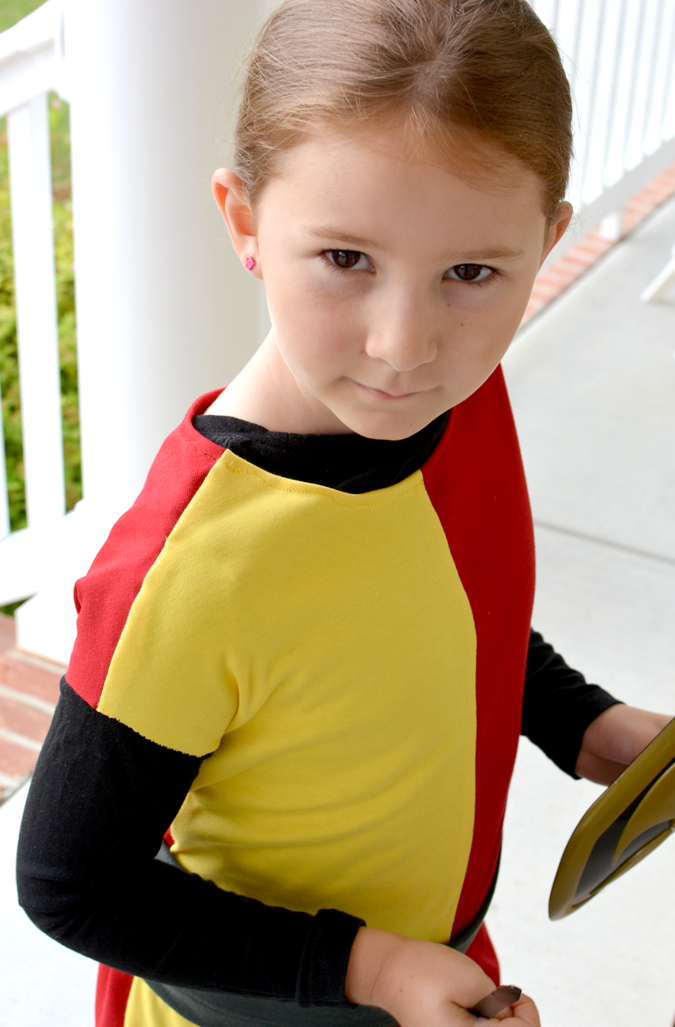 She claims that this will be her Halloween costume which I think is great, because “Check!” on the to-do list, but I’m suspicious that she’ll change her mind between now and then.

Have you already seen the amazing variety of ways to use this pattern? Check out the Tumble Tee Pattern Tour hosted by Rachael, the designer, at Imagine Gnats – and find the pattern here.

« We Welcome Olga! Sharing the No Gathers Bubble Skirt
Waiting For Baby »