We’re more than halfway through the summer! Before any more of it slips away I thought I’d share the bravest/craziest idea I’ve ever had. I took the 3 girls on a 3,000+ mile road trip! By myself! Best idea ever, right? Well…. 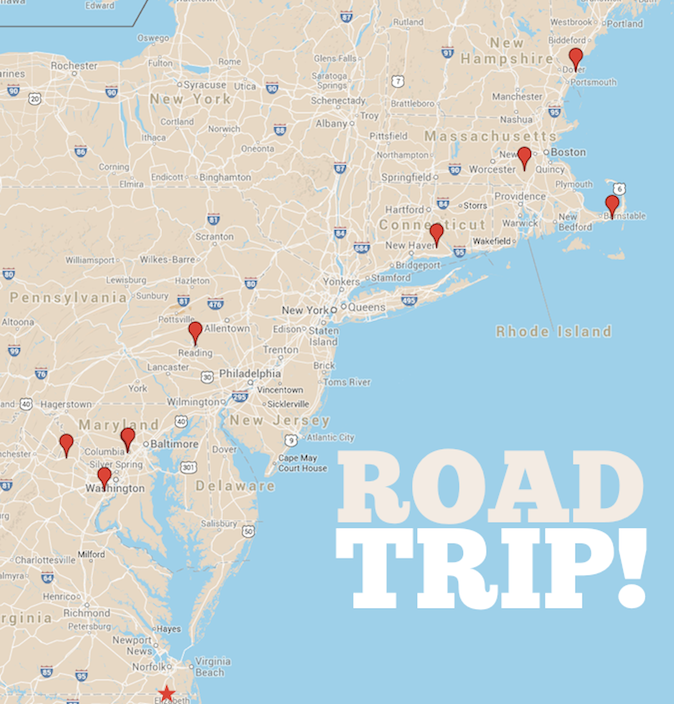 …not entirely all by myself. On the longest sections of the trip – from DC to Boston and later from Cape Cod back to DC – we were joined by friend Katie and godson Liam. I had trouble sleeping for weeks before the trip worrying about all of the things that could go wrong (puke! car problem!) and while several things did go wrong (puke! – but not the contagious kind, and car problem! – but I was literally across the street from a shop that fixed it in a little more than an hour), none of them were catastrophic. Along the way I heard choruses of “you’re so brave” and I always replied that I was either brave or crazy, and we’d decide which when we got home in one piece or in many pieces. (Warning: All of the photos in this post are phone pics. Solo travel with 3 kids –> bare necessities.) 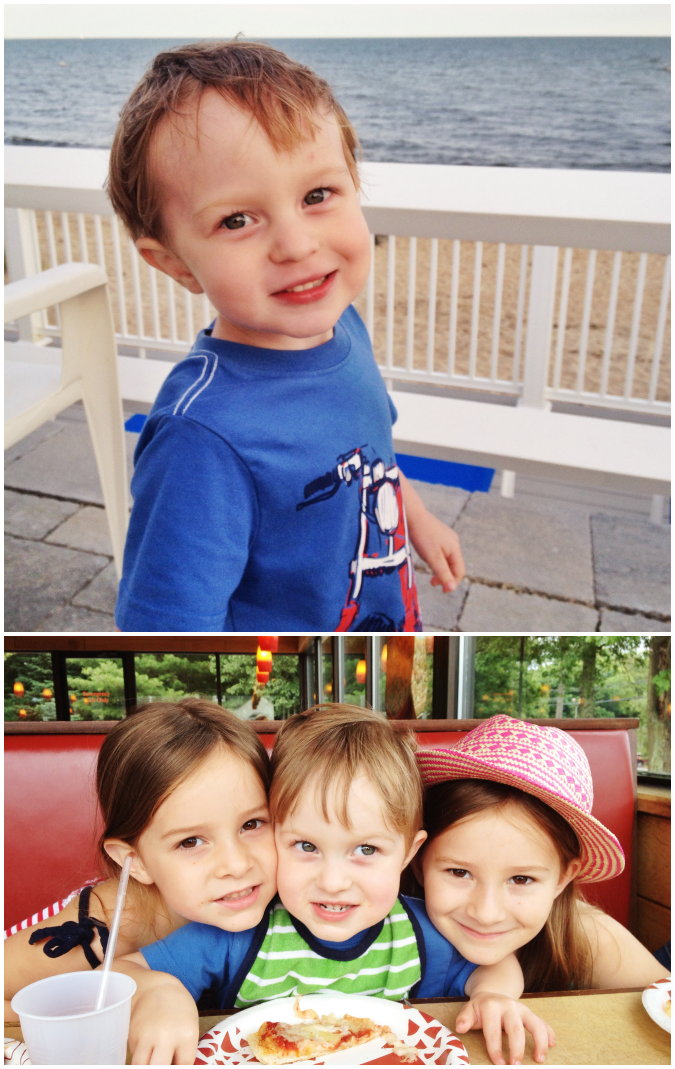 We made 8 overnight stops over the course of almost 2 weeks. We weren’t in any one location more than two nights and everywhere we stopped we stayed with friends. Friends who were happy to see us and understand what kids are really like. This was key – not just for budget but for helping hands who’d hold a baby or keep eyes on the big kids if I needed a moment. The two night max is important – with all of the noise and chaos 3 kids bring, even though they’re relatively well-behaved kids, two nights is as long as I felt comfortable asking anyone to house us. That’s the length of the honeymoon phase for little visitors.

On any trip these days I think about who I know in bloggy world on my way from place to place. After all, they’re my co-workers that I don’t get to see in person often enough. This trip included 3 fun bloggy friend stops beginning in Virginia where we saw Stacey and her boys! We’ve been real-life (and pre-blog) friends since we each only had one child, and it was amazing to see all six of them together now. Peas and carrots, I tell ya. They played so well.

The 5yo and I had a little cheesy fun in Stacey’s studio while she made a quick swim lesson run. Also I’m waiting to hear whether Stacey figures out what’s missing. Ha! I’m kidding! (Maybe.) 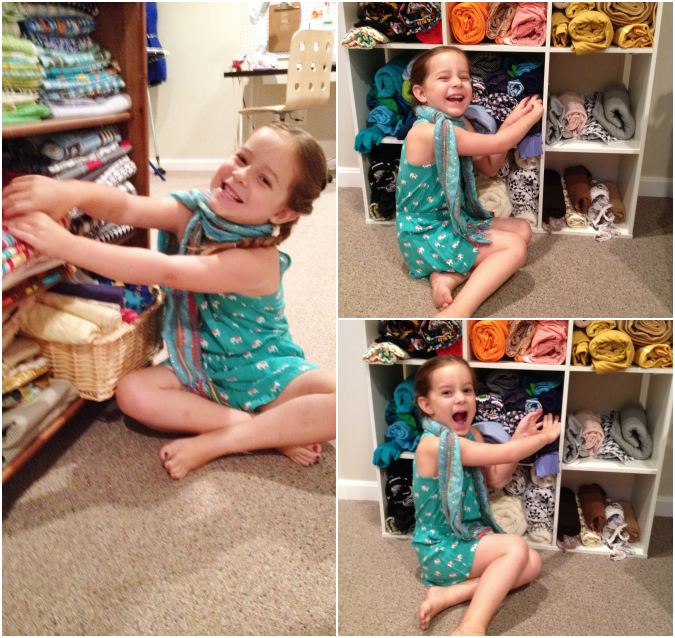 Later in the road trip, on our way from the Boston area to York, ME we met Abby of Abby Glassenberg Design! I’ve gotten used to the strangeness of meeting someone I’ve “known” online in-person, but it’s a bit nerve-wracking to bring 3 children with and hope that there’s no fluke catastrophe. I figured since Abby has 3 girls of her own, it was as safe a bet as any. Given the potential for complete distraction – I think we had a relatively thoughtful conversation! She’s just as kind and genuine as I expected. 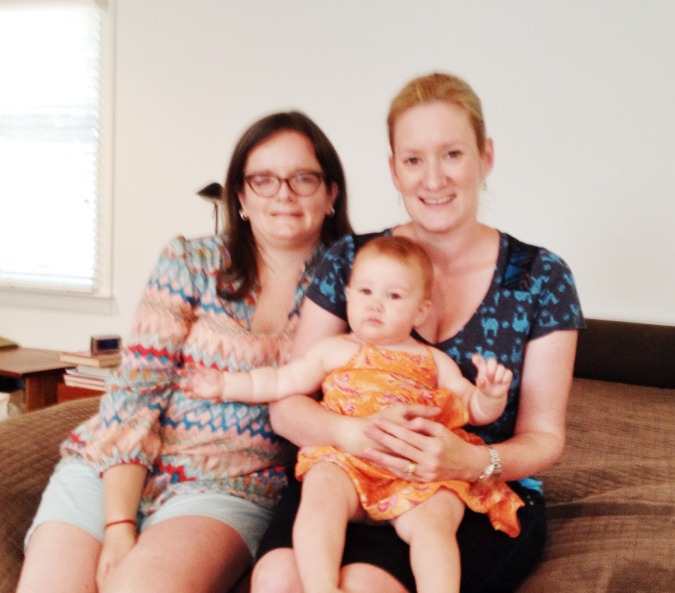 After an overnight in PA we got to meet Hayley of Welcome to the Mouse House!. Our Plan A was a playground meetup but it was about a bajillion degrees and 105% humidity that day. No go. Fortunately she lives near one of the nicer Chuck E Cheese locations I’ve ever seen and the kids were so happy running around that again there was some time to have a real conversation. In-between ticket munching and such. Friend Katie was with us again at this point (thanks for the photo, Katie!) and was impressed by my bloggy mom network – I do kinda know someone everywhere we go! Thank goodness for Plan B – I would’ve been so sad to have missed meeting Hayley and her two mice! 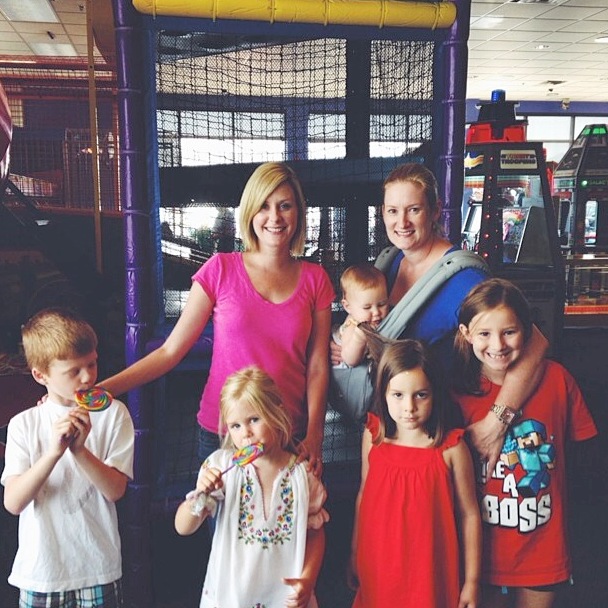 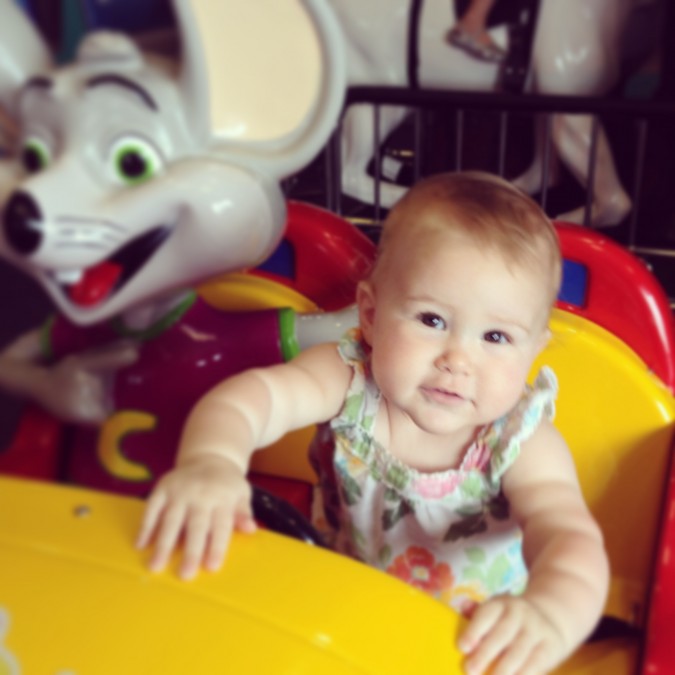 I wondered before I set out on this adventure whether I’d find myself 1500 miles from home crying my eyes out about wanting to be safely at back here. Or whether there’d be some sort of medical (or mental) incident that would require days of quarantine in whatever hospital/hotel/asylum was nearest. Or maybe there would be some sort of auto breakdown that led to a scenario someday comprising a two-part special on Dateline. Nope. None of that.

What I thought was most amazing was how much better behaved the girls were on the trip than they are on the average day at home! I think there was only one legit time-out required. So much to see and do, people to meet, dogs and cats to play with everywhere we went. New excitement at every turn. For example, who knew that a cat on the other side of a door is just as fun or funner than a cat on the same side? 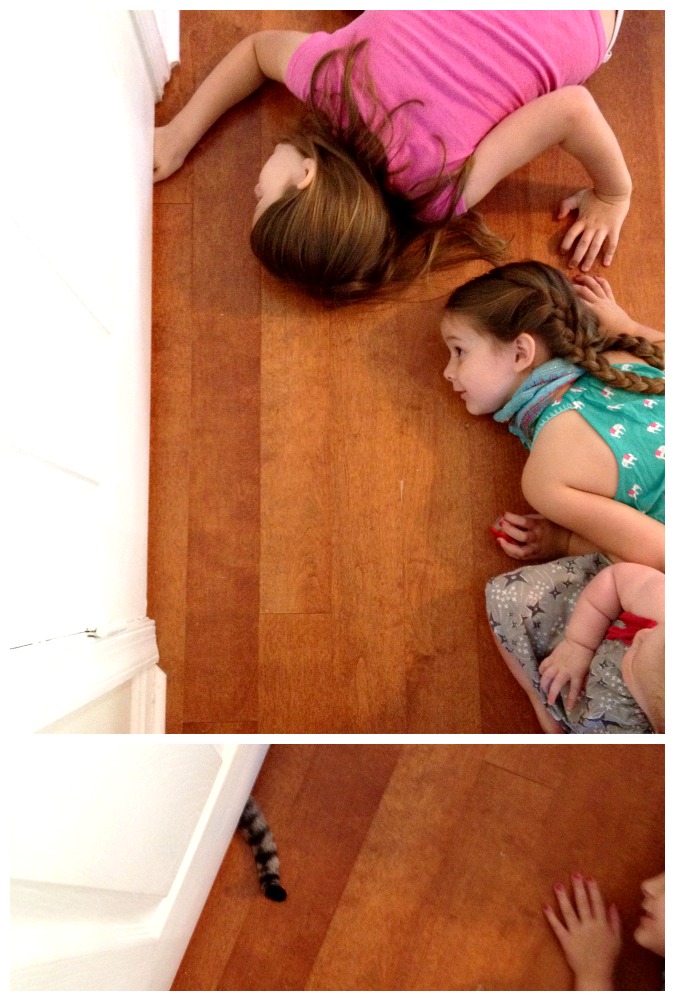 There’s exactly one photo of the four of us from the whole trip, and I’m embracing the blur and general dishevelment- it fits the whirlwind feel of the whole thing. 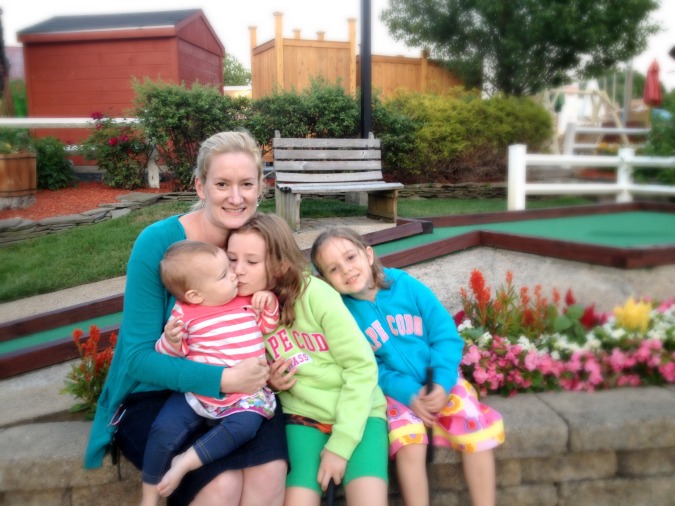 By the time we got home I felt like supermom. Tired, but empowered. As much as I love my husband and wished he could come too, he’s tied to the job this summer. We made new friends, spent time with dear old friends, had our first lobstah rolls, ate way way waaaaay too much homemade ice cream and way way waaaaay too many doughnuts and had quality time with Katie and Liam.  And we drove 3500+ miles and all still love each other as much or more. In the end, I’ve decided that our road trip adventure was both brave AND crazy, but I’d go again in a second.

(Pretty sure THAT is crazy.)

« The Pattern that CHANGED MY LIFE
Friday Fiver: HustleMama! »