Our friend Kim is due to have her baby boy Max on December 20th so we had a nice little shower for her yesterday. 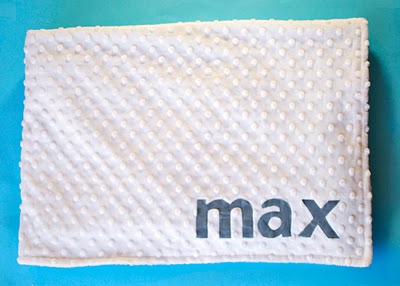 Unlike the other 5 pregnant ladies I know, Kim found out the gender of her baby and told us what his name would be, so I was able to make her a gender-specific, personalized gift. Thanks Kim!  This was so much more fun than store-bought stuff with ducks on it!  (not that there’s anything wrong with that.  But in my experience, if you end up with a girl, there is no way you’re going to want to dress her in ducks and monkeys when there is so much cute stuff out there!  I’m guessing the same is true for a boy, I just wouldn’t know.) 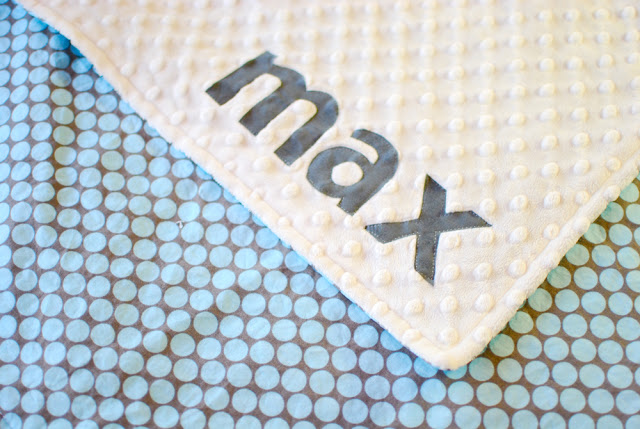 Nothing ground breaking here, just another minky blanket.  (see here for my girly version with ruffles)  I usually just do the initial, but I figured I could handle 3 letters (Kim, her husband, and her daughter all have 3 letters in their names, how cool is that?)  I think I like this version the best so far, though it could just be because of the name Max.  Max was going to be my daughter’s name until we found out she was a she.  At this point I’ve pretty much given up on the prospect of producing a male offspring, so I’m glad at least somebody I know gets to enjoy the name. 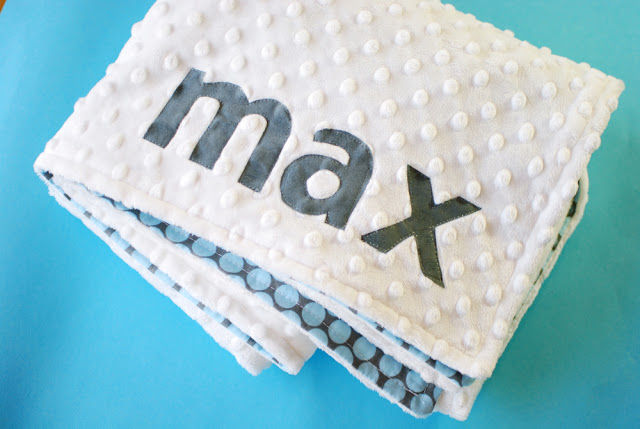 A note if you’re going to sew one of these: use your walking foot!  If you don’t have one, don’t attempt it.  Walking feet are inexpensive and invaluable, so go buy one first.  After a month of not sewing, I must’ve had a huge sewing brain fart because I attempted this with my regular foot and ended up having to rip out two sides of the blanket and cut off 2 inches from the width.  Der.  With my walking foot on, it was done in under a minute. 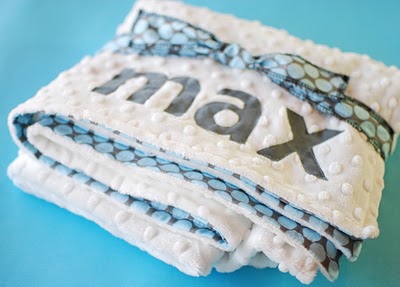 « On Our Bookshelf: Flakey the Naked Snowman
PB Knock Off Week: Holiday Edition »