Susan:
Here’s a shirt I worked on with a friend. The friend’s husband is getting ready to head out on a series of loooong work trips and she’s throwing three happy hours in his honor at their favorite bars. Three stops = tour. His nickname is Zeke. 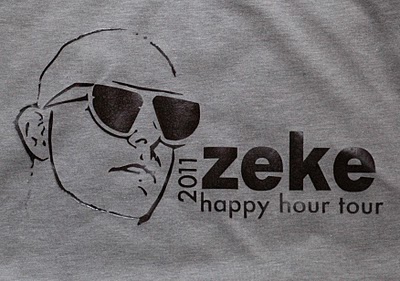 We used the Silhouette’s trace function and noodled around with the photo below to create his image. It must be good, because my 4yo knew exactly who it was when she saw the shirt. (Validation from 4yo: Awesome! You know they’re telling it like it is.)

A note about the trace function: When my Silhouette was packed, the software didn’t include “trace”. When I updated the software online, it suddenly appeared.
Adrianna:
I’ve seen this quote in a couple places recently and knew I had to make it into a shirt for my brother. I exchanged the normal canoe image for a kayak since that’s what he does. 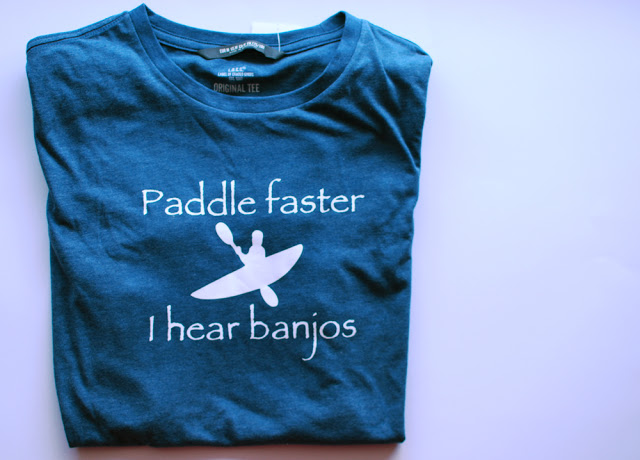 I grin every time I see it.  Nothing like a good Deliverance joke.  And now I have the dueling banjos song in my head.  What’s even better is that my brother is actually at risk of running into this problem, but I won’t tell you where he kayaks because I don’t want to offend anyone from West Virginia. 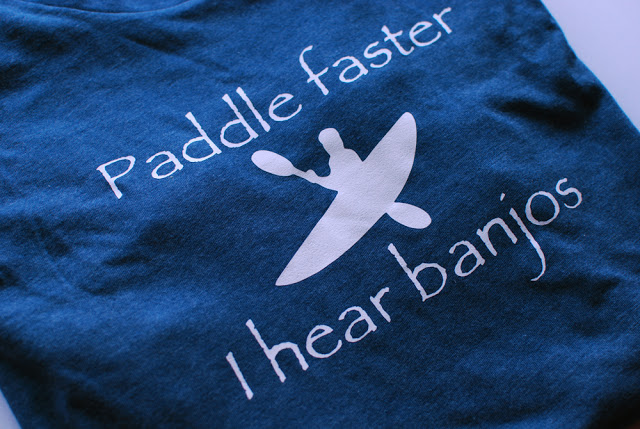 Hey, new topic: Today is the last day to vote in seventhirtythree’s Knock-Off contest!  I feel very honored that my BCBG dress knock-off was chosen as one of the top ten.  There are some incredibly talented people out there – go check out their projects and vote for your favorite, why don’tcha? 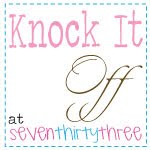