If you were a reader around this time last year, you may remember Adrianna’s foray into knit princess dresses. She’s done Belle and Snow White. She’s also done the blue version of Sleeping Beauty from the book but I’m told it’ll never see the light of blogworld. Not everything makes the cut.
If you’ve made a knit princess dress, you know how very awesome it is to put your child in a “dress-up” that has none of the itch and discomfort of the store-bought polyester variety. The kid can run, jump, eat and sleep in it with no complaints whatsoever. No fabric-related heat rash. No swishy fabric sound that gets annoying after the first five minutes. (Umm, maybe I’m the only one that gets annoyed at that? Sometimes I can last about six minutes before I need it to stop.)
One of K’s friends was heading to Disneyworld for the first time earlier this month and had a breakfast date with the princesses. Her mom and I talked about making Sleeping Beauty dresses for both of our girls. Only my girl decided she wanted no part of that. She wanted to be another character– and I’ll post that one later this week.
So little R got her own Aurora dress. Made entirely of super-comfy cotton knit. This is still based on the same pattern that we use often by indietutes. We’ve used it so often that it’s tagged “our favorite pattern” in each post that features it. 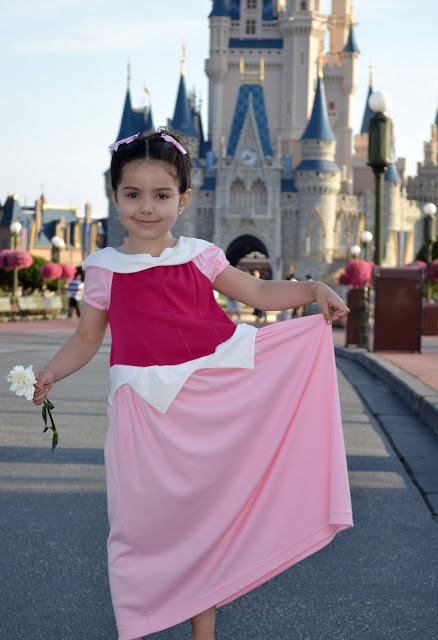 To imitate the pieced bodice look of the original, I just added a bit of width to the bodice and then sewed seams down the center and diagonally on each side. So maybe you can tell which is which here, but R’s dress looks waaaaaay comfier, right? There’s no way the big girl Aurora could leave the fancy breakfast and head straight to Splash Mountain in HER version. 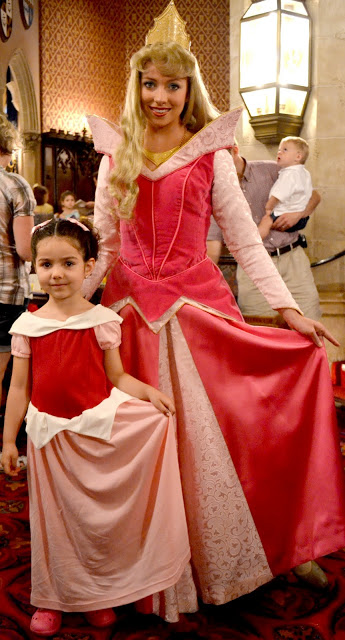 The shawl-y bit is just tacked at the center front and back and once at each side. 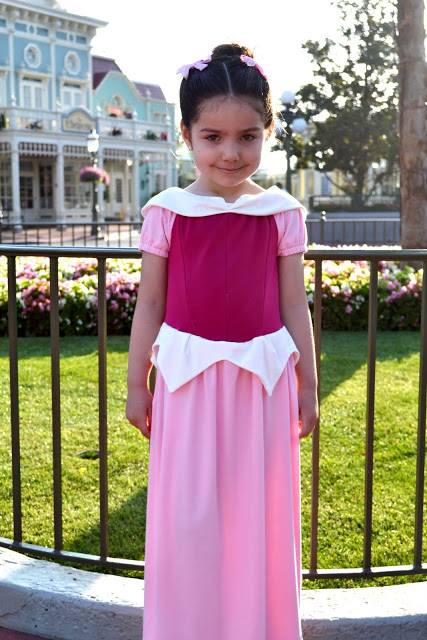 Despite 90 degree forecasts each day, she was ready to trek the parks. 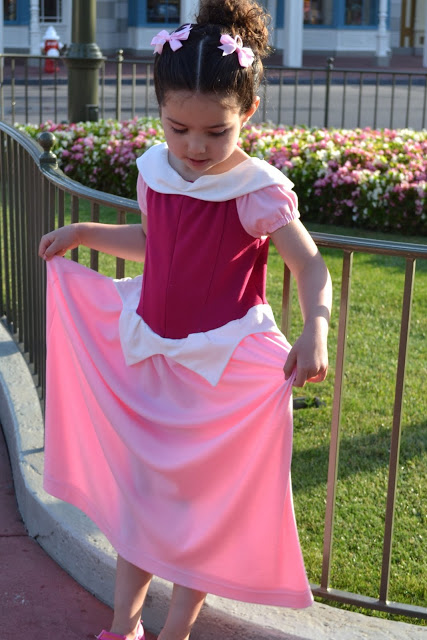 She’s really into what she calls “flappy-uppy” skirts. This took some serious consideration to make sure the skirt was satisfactorily “flappy-uppy”. Not a bad start to her Disneyworld experience, I think. 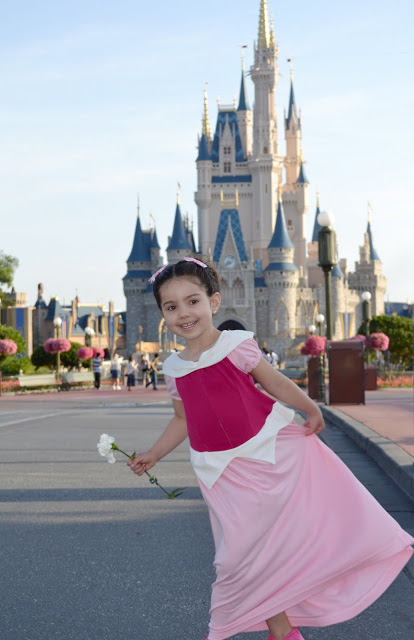 UPDATE: Just for Jess. Here’s the collar. Double-click the image to enlarge and make sure your printer is printing it at 100%– not scaling it. Cut four on fold, sew two sets of two right sides together along the top and bottom, turn right-side-out, sew ends together, flip again. Gather middle a bit, tack in middle front and back and at top edge on each shoulder. Do happy dance. Or clap hands like seal. Your choice.

P.S. Not to be a nag, but have you started your Skirt Week skirt(s) yet? What’s the holdup? Get movin’!