I’ve made another small dent in my pile of thrifted tees. After I did these for Adrianna’s girls, I decided I wanted to do two for Stacey’s boys. Well, she has three boys. But I figured the littlest would forgive me for adding some things for him into the middle brother’s stash. Here’s C’s bag– please note how Spider Man has yanked my zipper off to the side a bit. He’s THAT strong. 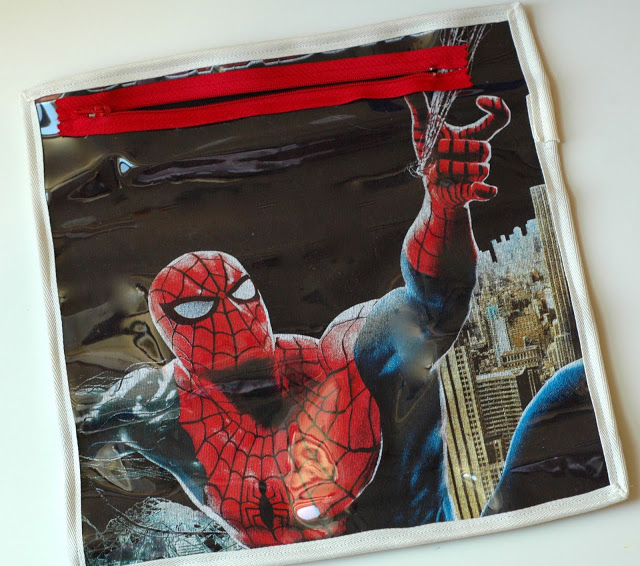 Here’s S and K’s bag. I love that with just a couple of small finger puppets in it it looks like Spidey is grabbing for them. And the shark is fighting back. And the frog looks like he has accepted his fate but isn’t sure whether it’ll be at the hands of Spider Man or the shark. 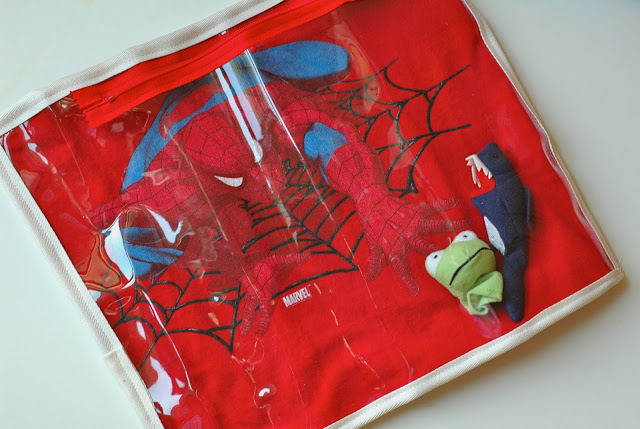 With these versions I used twill tape to bind them– which made them quicker to complete and a bit more masculine in feel. Just a bit. 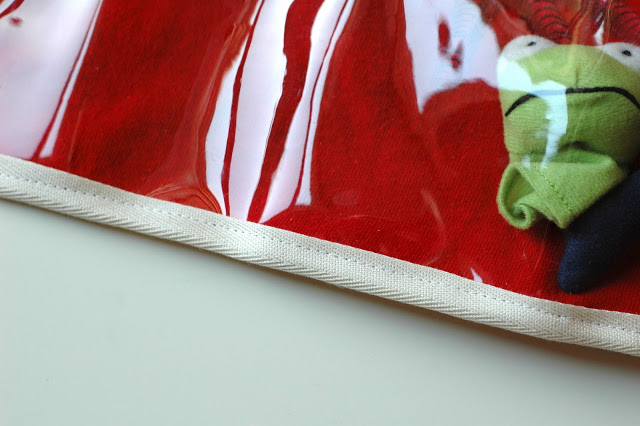 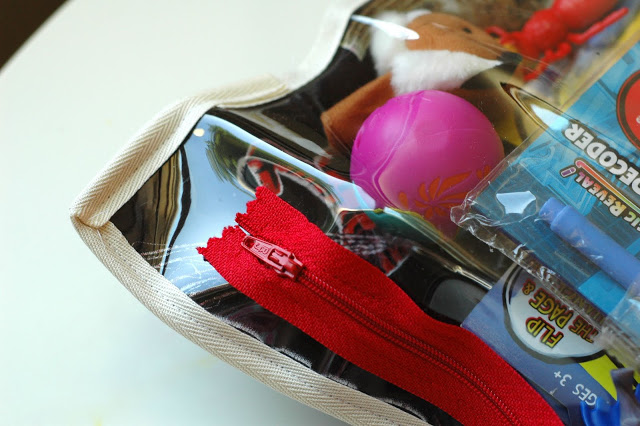 Here’s one all loaded up. Since the back panel stretches, you can fit quite a bit in there. And since I’ve filled it with all sorts of inexpensive entertainment, mom and dad don’t have to worry a whole lot about whether the loot actually makes it back into the bag. Because crawling around under airplane seats is just not worth it when you’re ready to evacuate the plane after hours and hours. Or minivan seats. Or wherever these end up being employed. 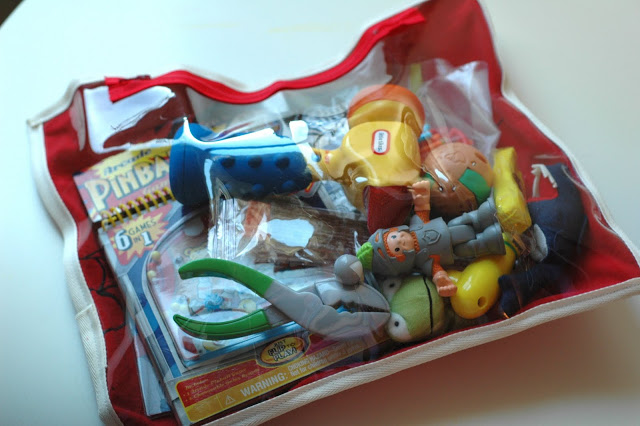 Stacey, Adrianna and I were able to get together today to play and visit before Adrianna heads out at the end of the week to her next locale. Far, far, far away. I don’t even want to think about it, much less talk about it. My move last year was hard, but this one will make it even more difficult for us to find time to talk because of the huge time difference. Ugh.
The upside is that blogging can happen organically. And it’s something we can connect about even when the daily details of our lives are pretty different. When we have time we can create. And when the rest of life is busy, the blog gets quiet. As it should.

« Tools of Engagement
Hands On »