I had a remarkably fun weekend. An engaged friend AND my brother and his fiance came to visit, AND I realized that we might be able to schedule and plan for M’s long overdue baptism during our upcoming trip to the friend’s wedding. So add that to a Saturday Katie visit and we were talking about celebrations allllll weekend long. And my kids were beside themselves since they had so many people to talk to and play with.

For the friend that’s getting married on a North Carolina mountain farm in September, we experimented with mason jars. She loves the look of the vintage Ball blue glass jars, but as a teacher– the cost is less than loveable. Especially when you multiply that by the number of tables she wants to dress for the reception. You know the ones I’m talking about, right? They look like this (and the image on the far right is a DIY! It totally fooled me for a minute): 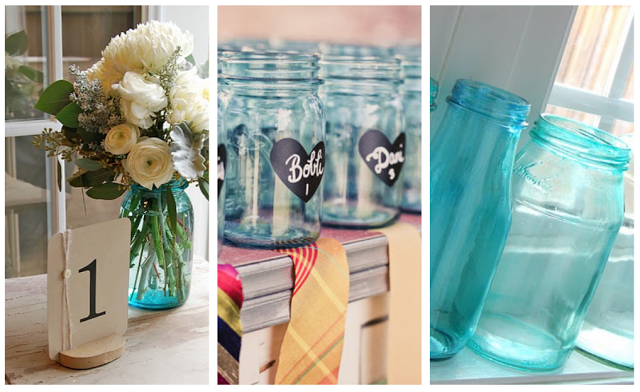 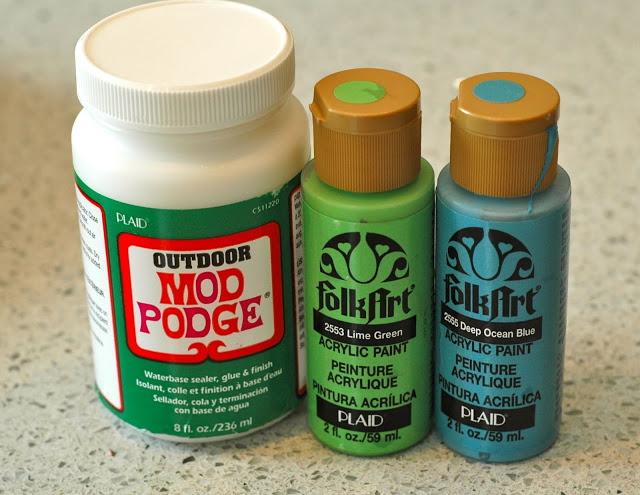 We stirred that up in a bowl, put one hand inside the jar and used the other to tilt the bowl as we turned the jar. 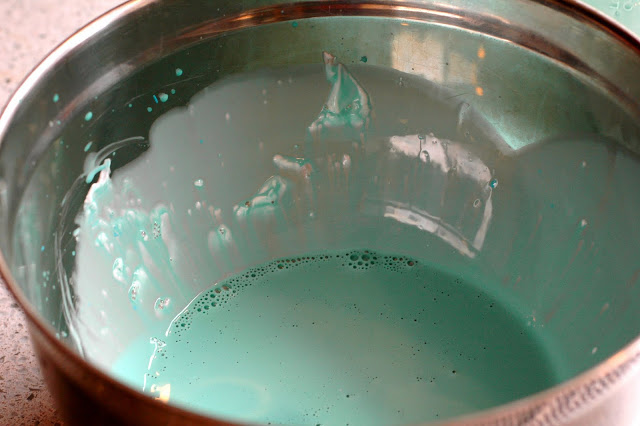 Definitely not perfect, but a step in the right direction. 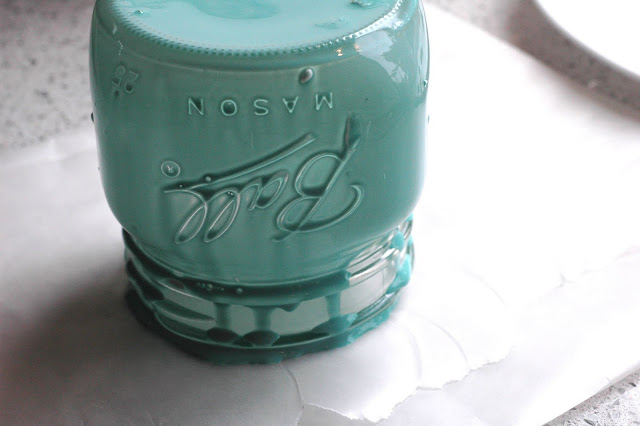 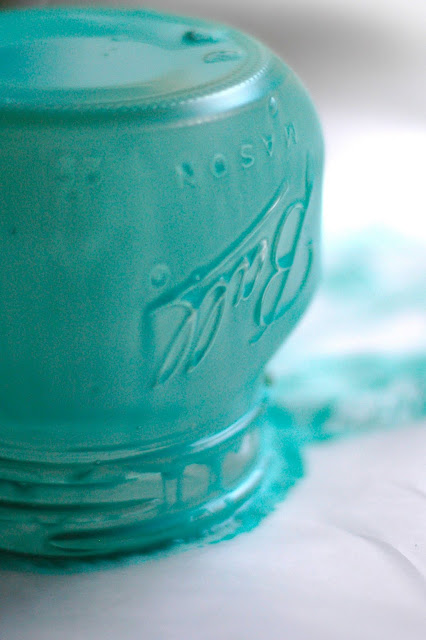 Attractive, we thought, but not quite what we’re going for. Too opaque for our use. 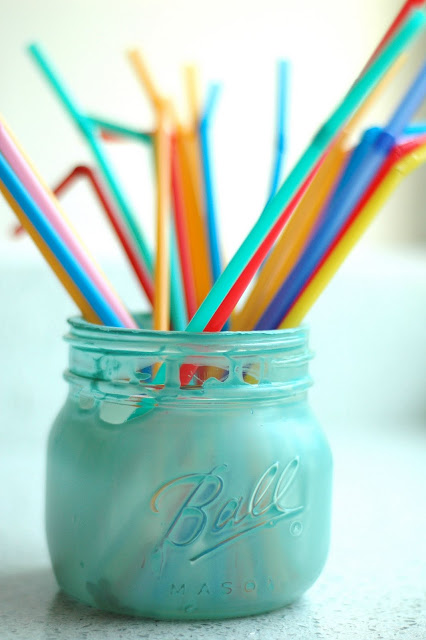 So we tried again the next day. Hard Coat Mod Podge, a little water and some gel food coloring in “Sky Blue” because that’s what we had on-hand. 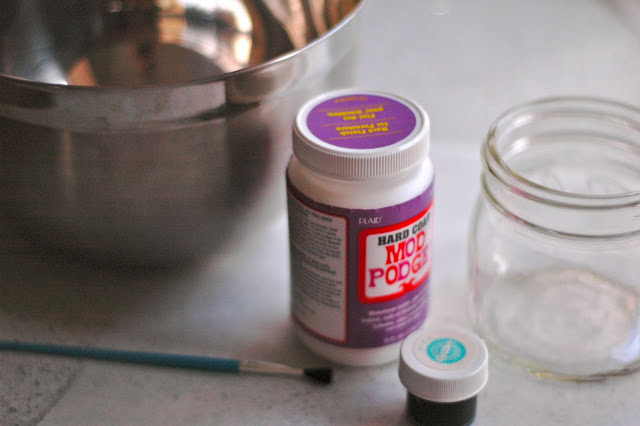 Liquid food coloring would have worked just fine if I’d had any in the cabinet. 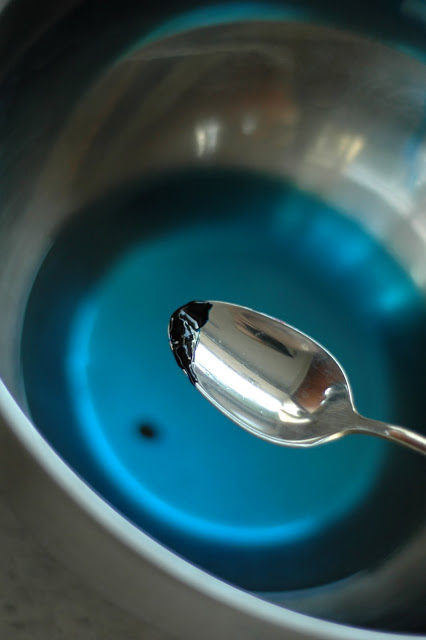 This was as fun to photograph as it was to make. 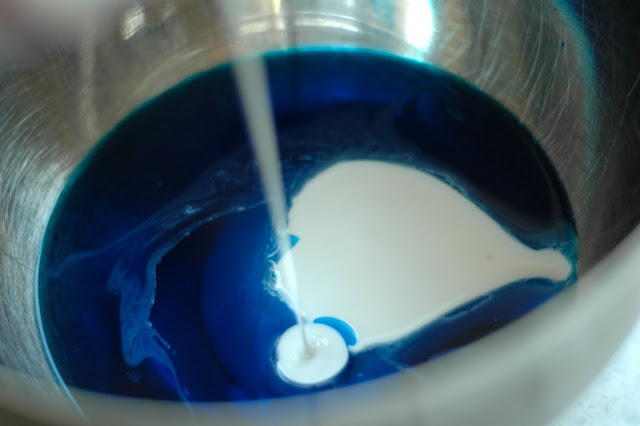 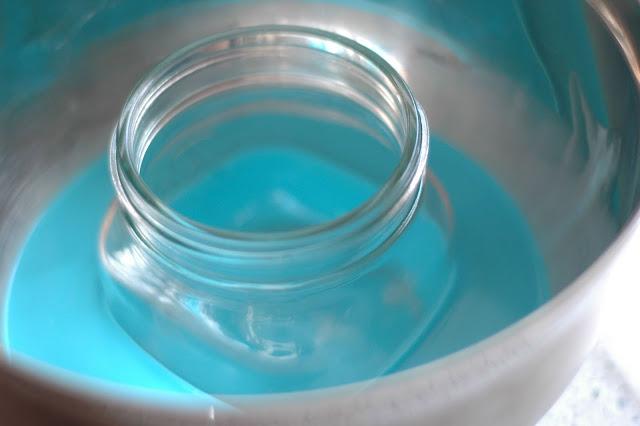 Then turn upside down on wax paper, use a brush to smooth out the drips and coat evenly around the rim. 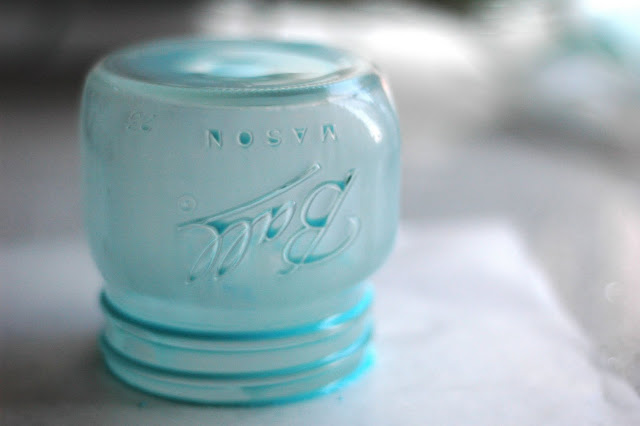 The first one from this round didn’t have enough color to it, so we added more to the second. You can see the first in the background and the second in the foreground. 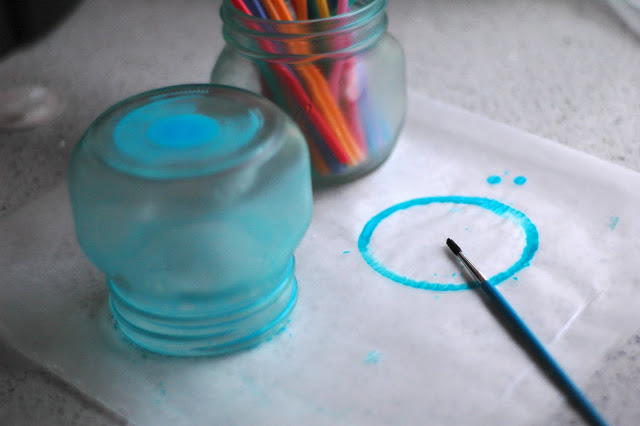 And here’s the final version, all dry. Well, not the final final. But we’re happy for now. Now it’s time to identify sources for mass quantities and possibly test the efficacy of a spray-on sealant, since this finish is rather delicate. 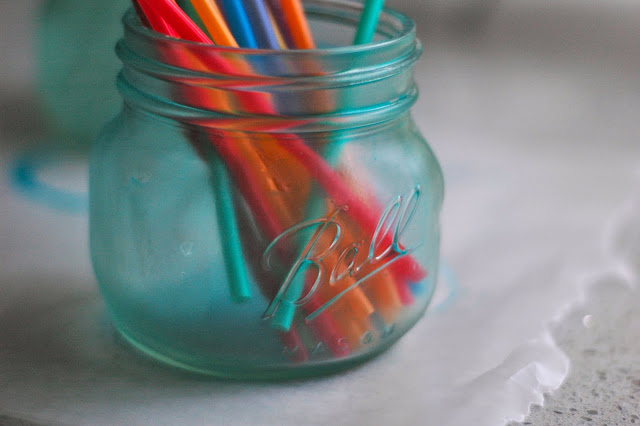 There are tutorials for using glass paint, too, of course. I’m trying to picture my friend running dozens of these through her oven. Nope, not going to happen. I think this way will serve her purposes. And leave her time to do the other 37,000 things on her list.