This spring we had a fence built in our backyard. What a tremendous relief. After just a few months with it I can’t imagine NOT having it. I love the general idea of wide open space and not having fences in-between neighbors in theory, but with a 4- and 2-year-old, their play dates and our proximity to a busy neighborhood street, the backyard was nearly unuseable without a sophisticated assembly of lumber and the lock at the top of the gate that they can’t reach. I love that part the best.
While the fence guy was doing the fence, I asked him to build a planter box, too. I had him put it in the part of the yard that I thought got the most sun for the duration of a day. I dumped a whooooole lot of garden and potting soil in there and planted some stuff. That’s about how much thought I put into it. What do I think my kids might eat? What do I think might grow? Okay, let’s make a hole in the dirt and drop it in. Did I pay any attention to how much space things needed in-between? Not really. Just dug ’em and dropped em. Here’s a photo from June 1, when I really wondered whether any of this would amount to anything at all. 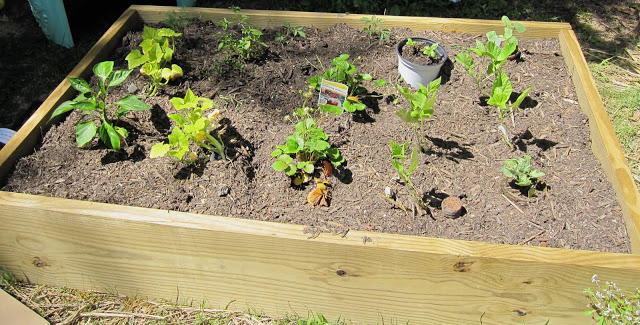 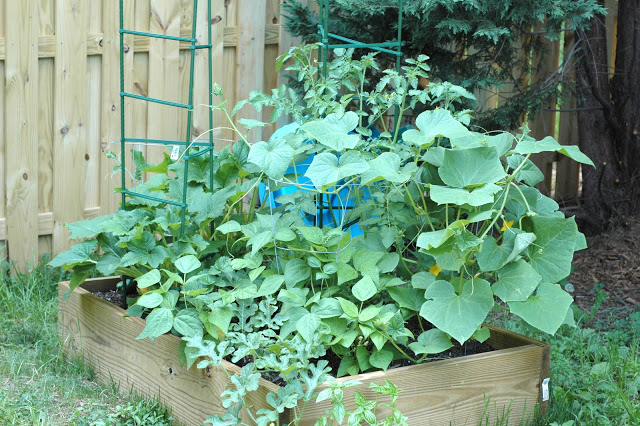 I’ve had a great time staring at the tiny little leaves and those curly grabby parts emerging. And the girls get excited over searching for anything new in there. 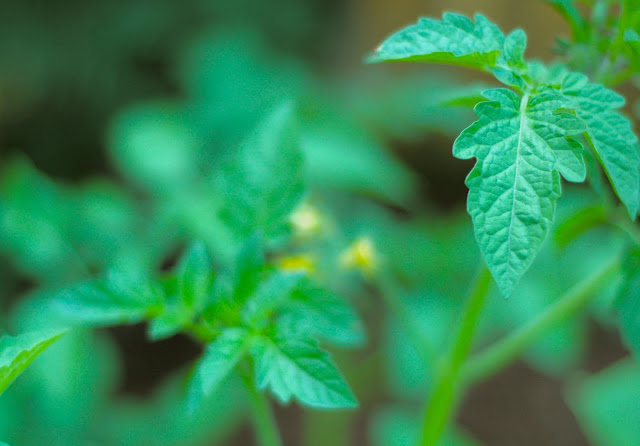 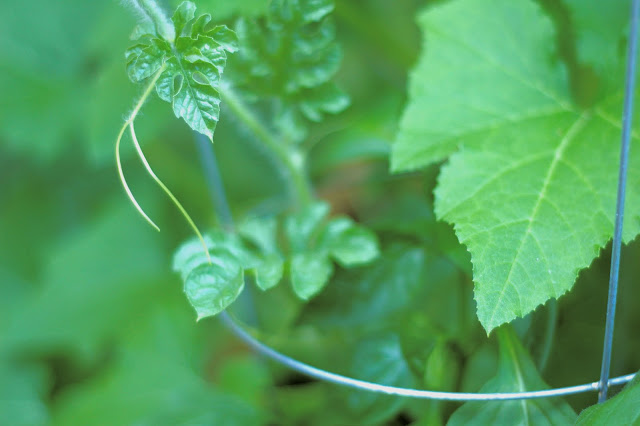 And here it is on July 15. So far we’ve eaten squash, cucumbers, dill, peppermint and green beans. And there’s one watermelon growing somewhere under there, all the way on the left, as far as it can get from where it’s planted and still be in the planter box. 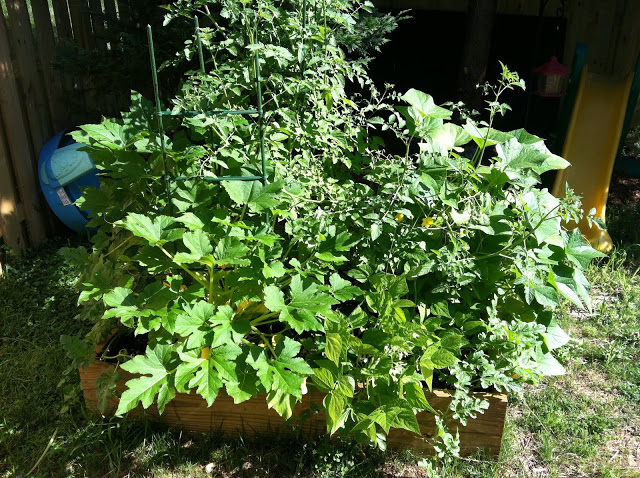 Not only have I learned that next year there’s no point in planting aaaanything in the middle, I’ve learned that cucumber plants are rather unpleasantly spiky AND that cucumbers themselves have spikes. I had no idea. I just thought they grew bumpy. Not spikey. Here they are before a quick wash with a kitchen towel… 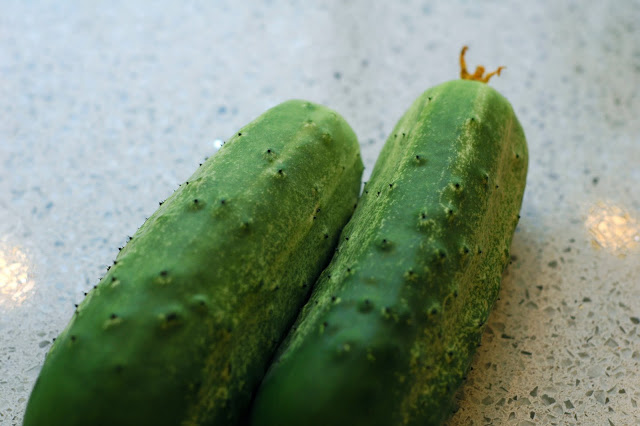 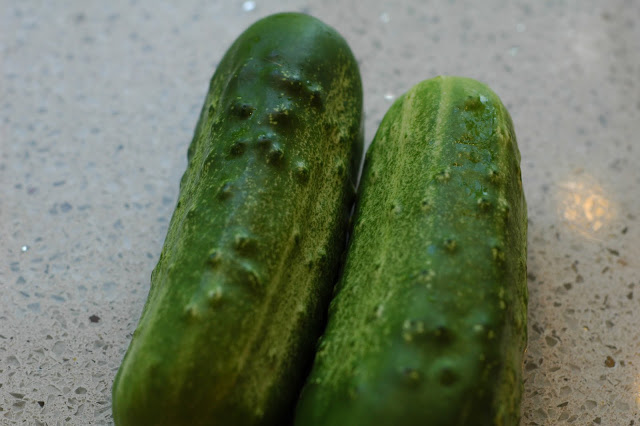 I’m sure you girls who’ve grown cucumbers before are bored out of your minds and are scrolling to find whatever’s next in your reader. But I was completely surprised. After I picked the first one I actually went to the grocery store and somewhat creepily manhandled the cucumbers, looking for spiky bits. None to be found. And then I wondered whether I’d not noticed a sticker on the original cucumber label that said “we grow up to be scary and spiky!” Since I’d saved the label, I checked it. Nope, no indication of freaky cucumberness. Finally friends with gardening experience confirmed that it was normal. Phew.
I see this as a city-girl-gardening public service message. Don’t let spikey cucumbers scare the pants off of you.

Unrelated:
I know some of you are looking for a Katie update. All continues to go well. More on Katie crafting soon!