So, I wrote about my photography journey. The short version is that I’ve gotten a whole lot better since becoming a mother and then a blogger, I’ve learned enough to know that I have a lot of practice ahead of me, and I think I have the tools in the toolbox to have lots more fun. Which is not to say that I plan to turn it into a career or anything. I just love being able to photograph the people and things I love.

An example of people I love: my brother Scott and his fiancee, Dana. They’re planning a May wedding in the mountains of North Carolina. They come to visit us pretty frequently and both have attachments to DC, so an engagement shoot in DC was a natural fit. Except… the day we could go… I was coming down with some sort of something icky and it was 30 degrees outside and cloudy and windy. Yikes. I was quite nervous about whether we’d come out of it with anything useable. I joked with them that if we got two good shots, we’d have done well. I was only kind of joking. I did my best to come up with a travel plan that I hoped would work out.

Thaaaaank the lord I’d figured out how to deal with manual settings. I’m not saying these are perfect, by any stretch, but on auto? I think I’d have gotten nothing that day.

We started by parking by the Capital’s reflecting pool and walking toward our first location. On the way I got these: 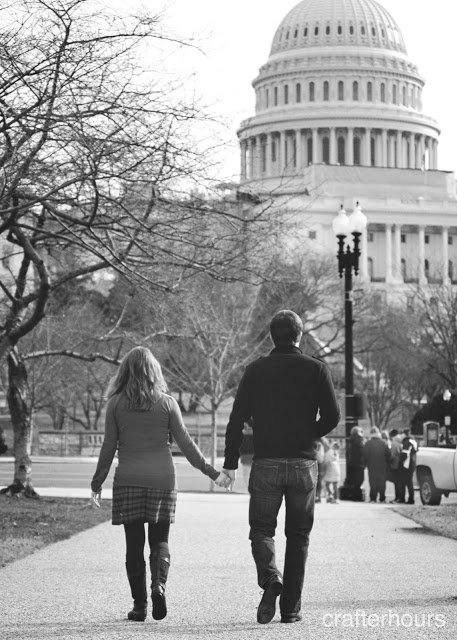 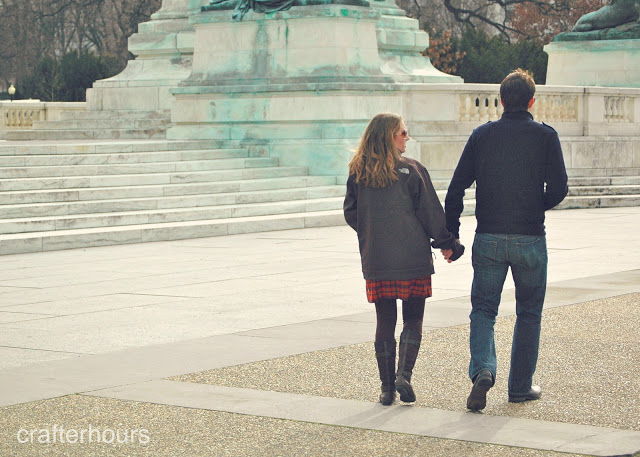 We paused a few times along the way but it was just too dang cold. So we headed for the US Botanical Garden. It’s a ginormous greenhouse. Perfect escape from the winter weather, right? Yes! … if Dana hadn’t just curled her hair. Dangit. The curls disappeared. But… we continued anyway, dedicated to the noble cause of engagement photography. And we got these: 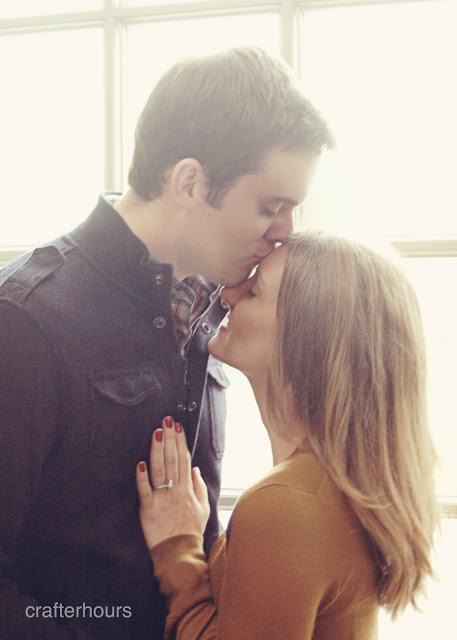 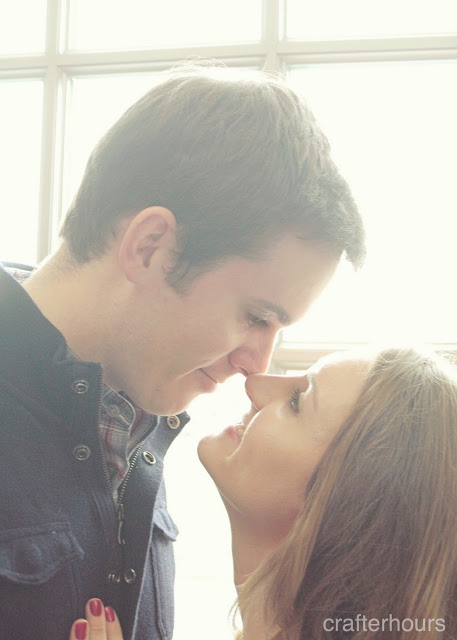 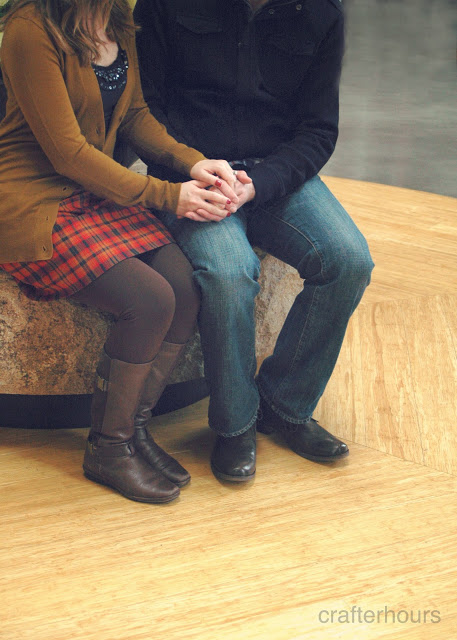 From there we hopped into a cab and headed for Union Station. It’s not all that far, but we would’ve been all red-nosed and silly by the time we got there. It’s a good thing we got a cute shot outside… 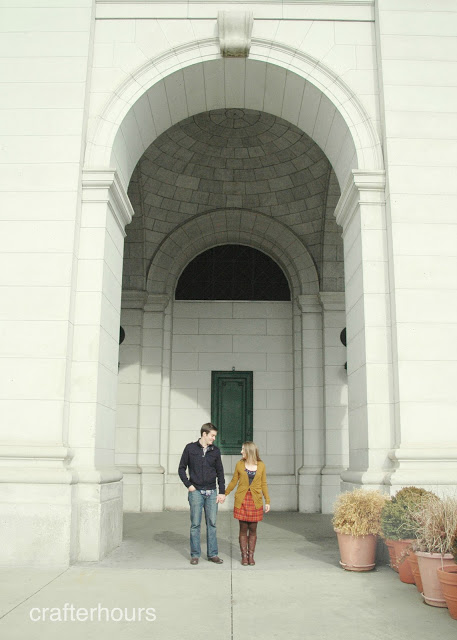 … because the inside was covered with scaffolding and netting that were totally unattractive. AND made me feel old because I remember the last time Union Station underwent a major renovation. (Except now that I read the update in the above link, the station was damaged by the August earthquake. Phew! Not sooo old. Yet.)
So we hopped on the metro. And took these: 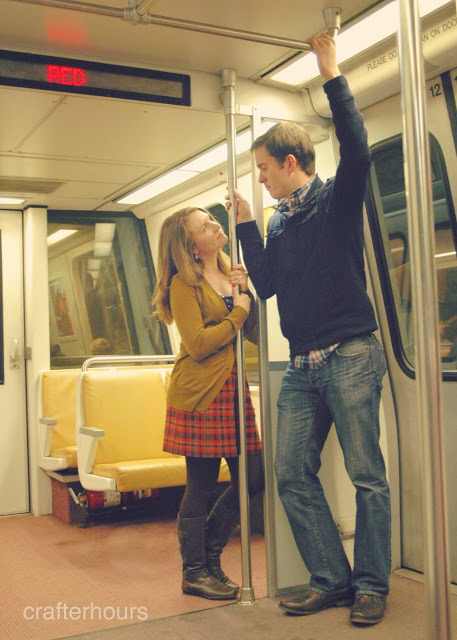 When we got off of the metro, we headed for the National Gallery of Art. The West Building was packed.
We headed for the East Building which has a far more open feel and more natural light. But to get there (without going back out into the elements) we went through the underground tunnel and stopped at the NGA Cafe, where there’s a glass wall with a view of the aboveground waterfall. 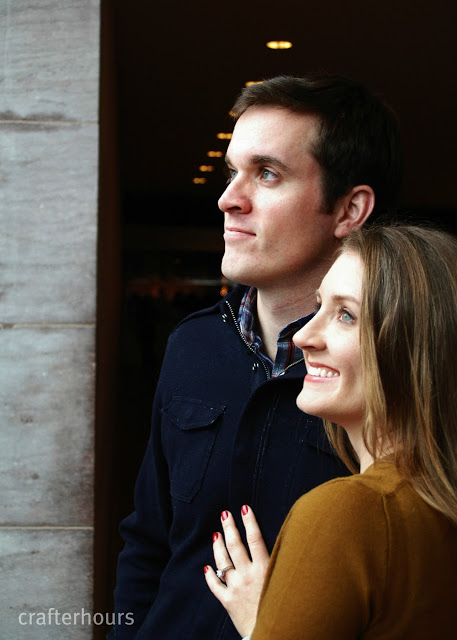 In order to get to the East Building we had to travel on the moving sidewalk. It was almost pitch black under there, as the idea is that you’ll pay attention to the really cool constantly changing light installation. I’m still amazed that we got this image, especially considering my camera only goes up to 1600 ISO. 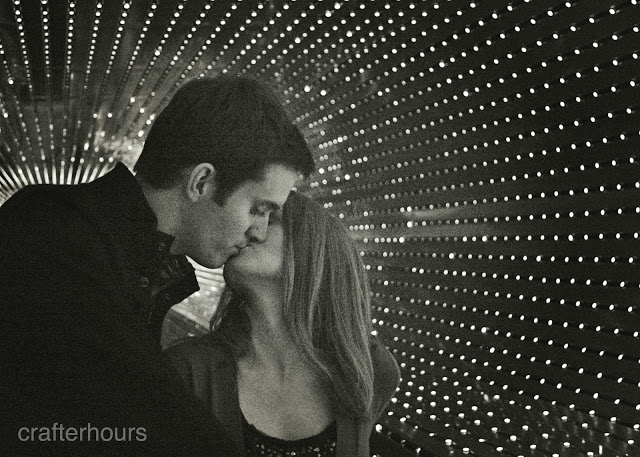 After a trip through the freezing wind for a quick in-the-car wardrobe change and perhaps some liquid courage, which I’ve found is especially helpful for models that don’t typically work as models, we set about exploring the gallery. Starting with a slow exposure… that required my brother to stand super still with sort of a duck face… fun! 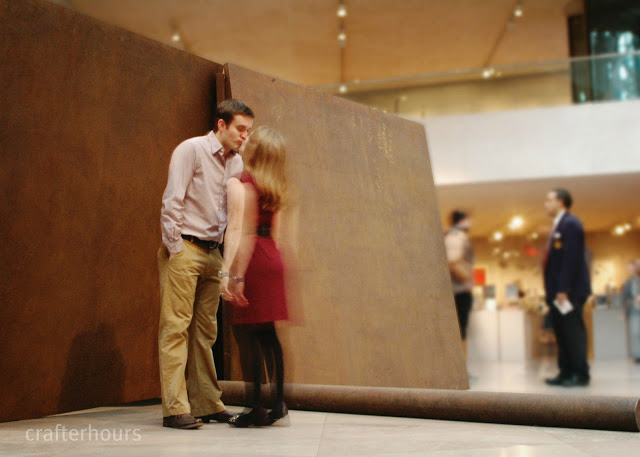 And another slow exposure that wasn’t so much about motion as it was about getting enough light to make the photo work. Without the benefit of a tripod, leaning awkwardly sideways on a bench would have to do. 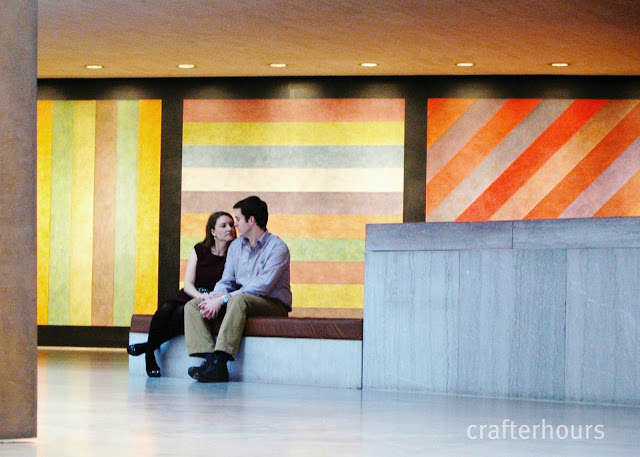 From there we went on to check out Lichtenstein… 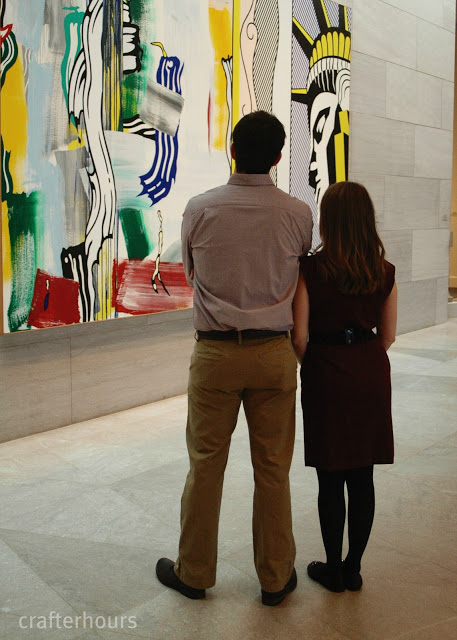 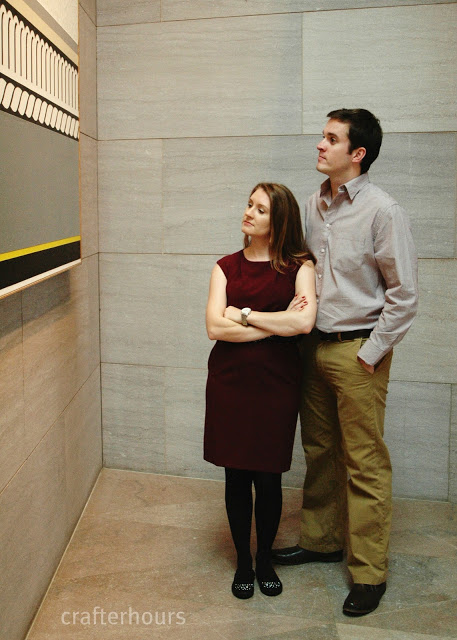 And lastly stopped at the mezzanine level for a look at Miro. 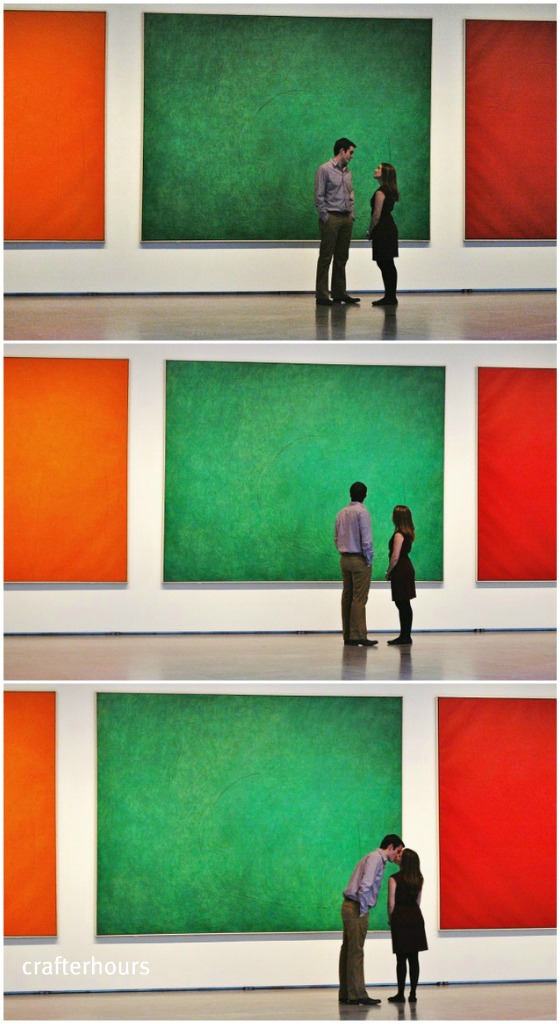 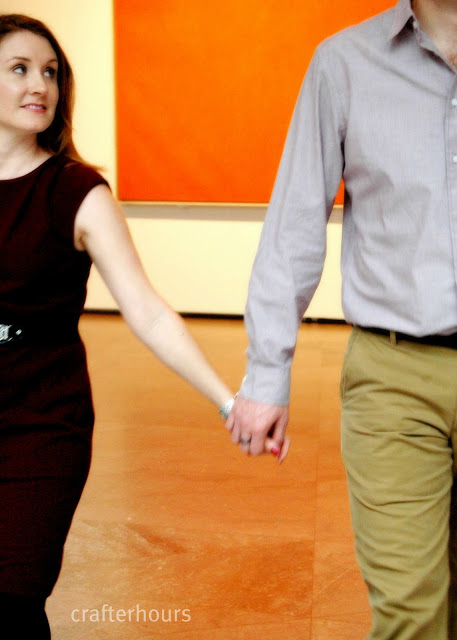 This last photo is my favorite because I think it captures a sweet little couple dynamic– she’s giving him a classic “what?!?!” girlfriend/wife look and he’s laughing. And in the follow-up, most importantly, they’re both laughing. I don’t know that that’s THE key to a successful marriage, but it’s gotta be one of a handful. 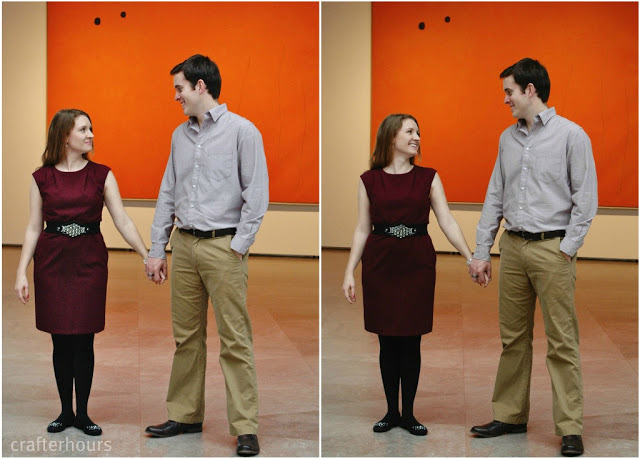 And I hope the shoot is, in a tiny way, representative of their future– whether they’re given perfect conditions or not, they make the best of it. And laugh.
Lastly, we did this the following day. I was going for something like this— except without sun, water and warm weather. Ha!

Much love to these two and thanks for their bravery and good humor. Actual wedding-related crafting coming up this Spring. No worries, crafterhours isn’t planning to morph into an all-photography blog. Promise.

« On Photography
Super Soap: A Tutorial »