Last year I was sort of industrious. The girls got matching dresses. This year, not so much. But I did remix this shirt from two years ago that had recently met with chocolate milk stains of death. 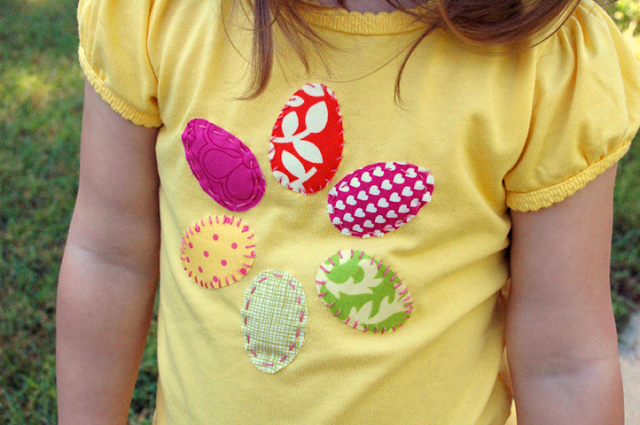 One for each kid, and they might’ve been the same color if either of the stores I visited had had a 3 and a 6 in the same color. I don’t mind them being different colors, but K has to ask me why they’re different as if I love one of them more than the other. And of course there weren’t matching skirts in a 3 and a 6 either, and so she wanted to know why those were different and why hers wasn’t pink. And apparently my answer wasn’t good enough because then she decided she wouldn’t wear it at all and chose jeans instead. (I tried to tell her that I don’t have favorite kids like Adrianna, but she wasn’t buying.)

If I’d been at home this week, there might have been more last-minute making, but we’re visiting the fam in South Carolina. The small amount of effort involved in making these shirts felt like a lot when the paper backing of the Wonder Under refused to peel off of the appliques. I usually use Heat n Bond and love it… and now I’m even more of a fan. I used to think fusibles are all the same, but there are some differences. I once used Steam-a-Seam without knowing about the stickiness and thought something was so so so wrong.

Fusible fights notwithstanding, scrap appliques and hand-stitching are an easy and portable project when you’re hopping from place to place. 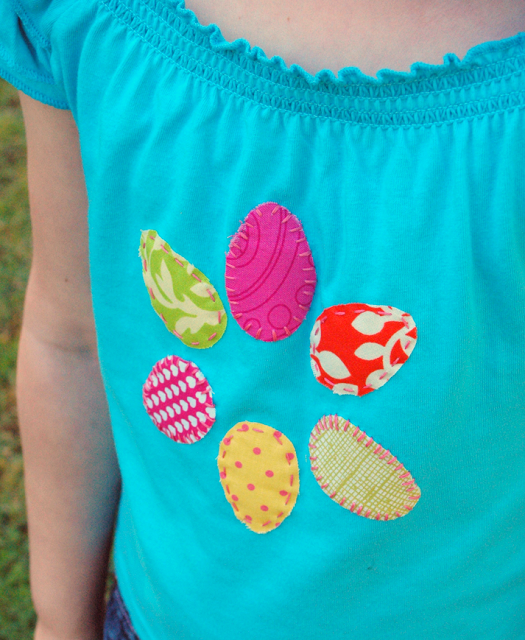 We’d been invited to join some friends for a small egg hunt this morning and the girls were ready to rolllll. 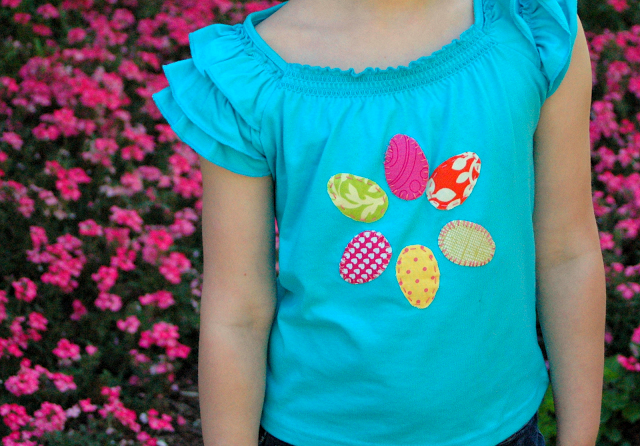 The original egg shirt post is here, but you can probably figure it out by looking at it. Scraps, fusible interfacing, embroidery thread. Easy peasy.