This is K’s casual Easter ensemble. I say that like she has a fancy one. Not so much this year, at least not one that I made. But I wanted to do an applique shirt inspired by some party napkins I spied in Berlin and Adrianna helped.

The other day A was over and needed something fun to do. She had just organized my scraps into zippy bags by color (inspired by Stacey, best thing ever) and pulled some out for eggs. Nine bits of interfacing-fused fabric later, they were all lined up on the shirt. Some fun stitching around the edges of each one. I made a quickie knit skirt to go along with it, and now the quickie knit skirt is my other new favorite. K could be living in those all summer. The fabric came from Patsy Aiken’s fabric sale, pointed out by Ashley.  One of Ashley’s many inspirations.

So after finally getting it on her, K stopped for about 5 seconds to inspect the stitching. 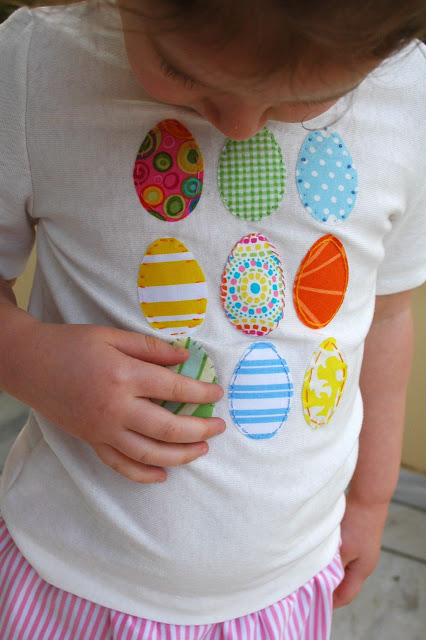 And then she was all jumpy jumpy hippity-hoppity 3.5-year-old again. 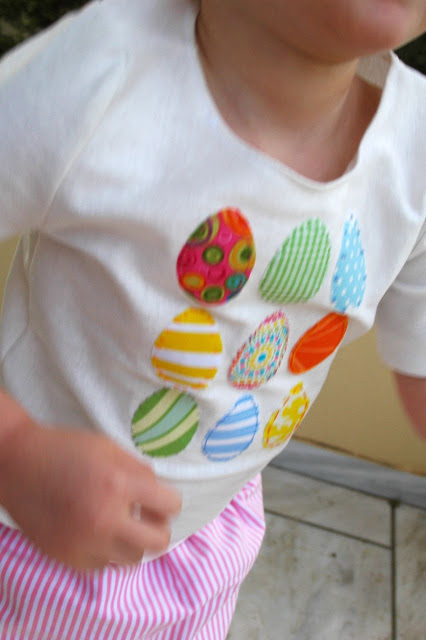 So to get a photo of the eggs, I had to take it after removing it from her jumpy jumpy body. 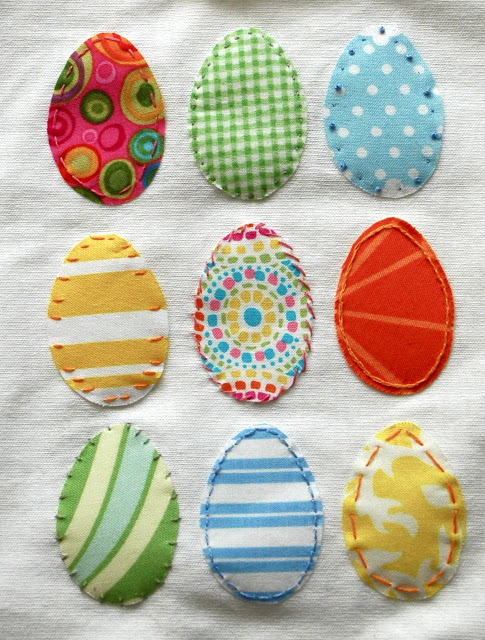 And an unrelated question. A and I were talking about Easter baskets the other day and what would go in them. My answer? At least in part? The non-seasonally wrapped Halloween candy that K still hasn’t gotten around to. Is that wrong?