As soon as Skirt Week wrapped this year, Hey June June sprang into action! And while that was happening, I ran off to resettle my family in a new place. I expect I’ll have lots to share about that (the new house, and the new baby, fingers crossed) in coming weeks and months, but at the moment, before all things Skirt Week fall out of my head, I want to wrap it up in one neat little post for posterity’s sake.

We announced Skirt Week here, offering it as encouragement for folks to sew for themselves or a kid close to them and share what they made. While people started figuring out what they might make we added to several Pinterest inspiration boards. We announced the amazing sponsors for both judge’s choice and reader’s choice winners and the many, many fabulous judges. To enter, folks just had to upload photos of their skirt(s) in the relevant Flickr pools. Easy peasy.

Before we got to the rapid-fire action of competition week, we had some amazing skirt tutorial posts, like:

And then the competition was underway. 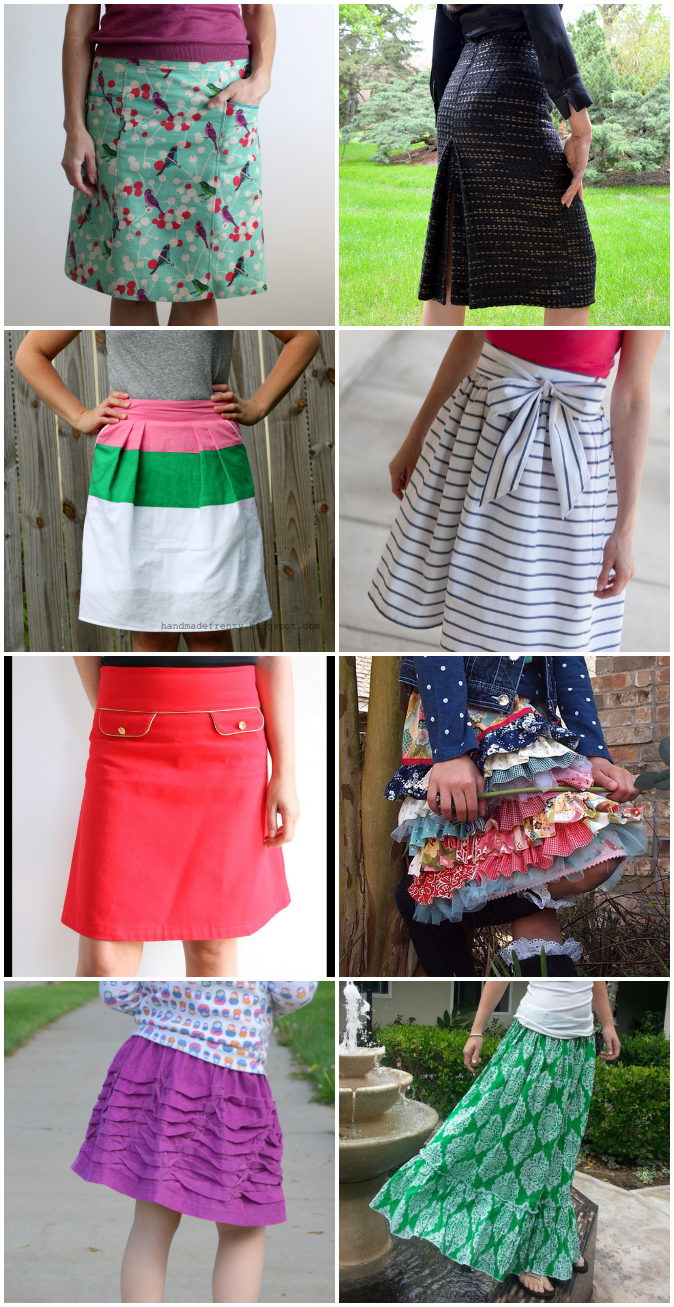 First up, A-lines! The winners were announced here.

Next up, Straight Skirts. And those lucky winners were announced here.

And last but not least – the eye candy extravaganza that is kids skirts. Those super fun faves are here.

This year we added a few superlatives, which meant that Adrianna and I could add our own two (or twenty cents) about stand outs.

Whew! That was a looooot of skirt posting. We love the sew along fun and in our world a deadline is always helpful in getting us to get moving. We always love to hear your feedback and have it in mind when we plan series sorts of things, so if you have a thought on it, comment here or e-mail us at crafterhours at live dot com.

Moving and gestating have made the sharing of these links a lot later than I’d hoped, but also be sure to follow Skirting The Issue (sew skirts and lots more to donate) and The Summer of No Pants celebrating skirts and dresses!

Reviewing all of that has created a feeling of accomplishment. One that I’m going to go celebrate with ice cream. If you’ve made it to the end of this post, you deserve some too!